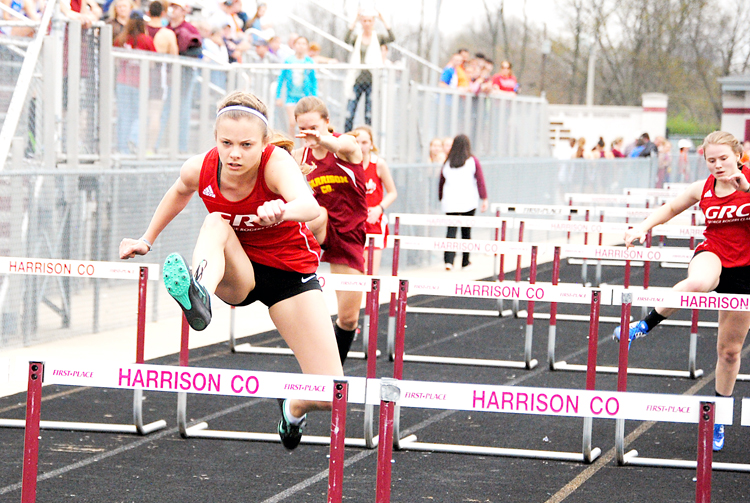 Last week, the Cardinals finally came away with a win.

Coach Dodd Dixon said the boys have defeated Harrison at neutral tracks but never in Cynthiana, which they did Thursday night.

Happy and Jones, along with Nitavious Thomas and Caleb Wilson, won the 4x200m relay.

Jonathan Reitral’s time of 50.73 in the 300m hurdles earned him second place in the event.

Cord Tacket finished third in the 1600m run for Clark.

The GRC girls track team edged out Bourbon County, scoring 77 points against the Colonels’ 72, for second place in the Harrison event.

Makenzie Cooper gave the Cards a big lift, winning the 400m dash with a time of 1:02.13. She also won the 100m hurdles with a time of 17.44. Teammate Skylar Carmichael finished third in the event.

The Cardinals now prepare for their ‘home event.’ They will host the GRC Heavy Metal Throwdown at Transylvania University Saturday.