‘No intent to kill him’: Convicted murderer says quarry homicide was an accident 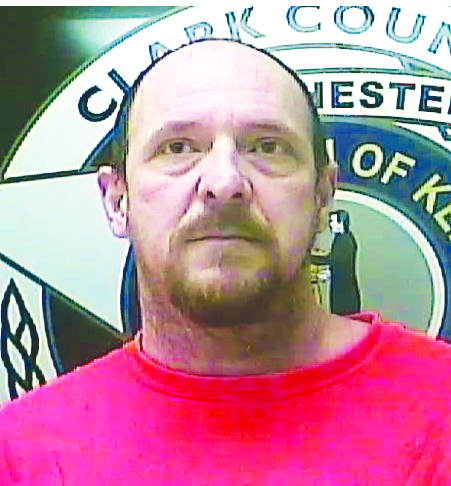 Convicted killer Kirk Garrett said it was not his intention to kill Roy Combs when he took him and his cousin to a Clark County quarry in 2015.

Garrett, who is serving a 20-year sentence for murder and second-degree assault, said he only meant to “pistol-whip” Combs on the evening of May 13, 2015.

Combs died from a gunshot wound to the face. Combs’ cousin Billy Combs was shot by another person but escaped.

“I was going to pistol-whip the man,” Garrett said Thursday from the Clark County Detention Center. “I had no intent to kill him.

“I did shoot the man. I’m very sorry I shot him. He grabbed my hand, I pulled and the gun went off.”

Garrett said he was not allowed to make the last statement when he pleaded guilty in Clark Circuit Court in December 2016. If he had, he would not have received the 20-year sentence, he said.

On the day of the shooting, Garrett said he had been using a combination of Xanax, heroin and meth in a Richmond hotel room when Roy Combs and co-defendant Christopher “Whistle” Coleman got into a fight. Garrett said he didn’t get involved because it wasn’t his fight.

“I could care less if he hit Whistle or took his money,” Garrett said.

Later that day, Garrett said he was woken by Don “Butch” Attaway and Kristi Mattingly. Garrett said they told him Roy Combs had given Garrett’s daughter a date-rape drug and was raping her. Coleman, he said, was sitting on the edge of the bed grinning.

Garrett said he went and picked up Roy and Billy Combs with the promise of picking up some drugs. Mattingly, Coleman and Attaway took another vehicle and met them at the quarry just inside Clark County.

“We did not go down there to kill them,” he said. “It went bad after we got down there.”

Mattingly, Coleman and Attaway have all pleaded guilty to facilitation to commit murder and attempted murder. They were sentenced to terms of 18, 17 and 15 years, respectively.

Though Mattingly denied shooting Billy Combs, a bullet from his wound matched the gun she had that night, police said.

During their court hearings, Attaway said he hit Billy Combs in the head three times. Coleman said he held a gun to Billy Combs’ head while Attaway assaulted him. Mattingly denied shooting anyone but admitted to having a gun at the scene.

Garrett said he heard other shots but didn’t see anything else happen.

“Everything was so quick,” he said. “I heard the gunshot behind me. Everyone took off running.”

Garrett said he returned to Richmond with Coleman, gathered his belongings and went to Ohio, where he was captured by police.

Garrett will have to serve 85 percent, or 18 1/2 years, before being eligible to meet the parole board.

Businesses springing into downtown this weekend