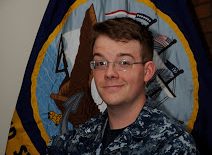 KINGS BAY, Ga. — A 2009 George Rogers Clark High School graduate and Winchester native is serving in the U.S. Navy as part of a crew working aboard one of the world’s most advanced ballistic missile submarines, USS Wyoming.

As a sonar technician, Goode is responsible for being the eyes and ears of the boat.

“I like how my job is always changing and challenges me in different ways each day,” Goode said.

The Navy’s ballistic missile submarines, often referred to as “boomers,” serve as undetectable launch platforms for intercontinental ballistic missiles. They are designed specifically for stealth, extended patrols and the precise delivery of missiles, and they are the only survivable leg of the nation’s strategic nuclear forces, which also include land-based missiles and aircraft. The Ohio-class design allows the submarines to operate for 15 or more years between major overhauls.

According to Navy officials, submarine sailors are some of the most highly-trained and skilled people in the Navy. The training is highly technical and each crew has to be able to operate, maintain and repair every system or piece of equipment on board.

Regardless of their specialty, everyone also has to learn how everything on the ship works and how to respond in emergencies to become “qualified in submarines” and earn the right to wear the coveted gold or silver dolphins on their uniform.

“We demand the highest standards from our sailors — both professionally and personally,” said Rear Adm. Randy Crites, commander, Submarine Group 10 in Kings Bay. “Their chain of command, family and our great nation take immense pride in their devotion and service. These sailors are absolutely crucial to ensuring our ships and submarines are operating at their best – always mission ready, providing our nation with the greatest Navy the world has ever known. I’m so very proud these sailors are on our team.”

“The best part about serving on a submarine is the camaraderie,” Goode said. “We all have to pull together and work real hard to complete the mission. As an added bonus, the food is pretty good too.”

As a member of one of the U.S. Navy’s most relied upon assets, Goode and other sailors know they are part of a legacy that will last beyond their lifetimes.

“Serving in the Navy has given me a better attention to detail and helped me develop a healthier respect for knowledge,” he said.

After more than seven years in business, Larry Bush said he will close his locally-owned grocery store this weekend.  Bush... read more