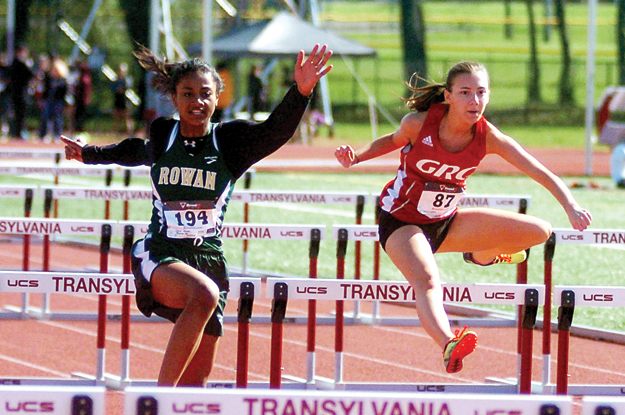 The boys team won first place and the girls took second place in the 12-team meet.

“After hosting a successful home meet at Transy, we were pleased to work through the rain for another win,” GRC coach Dodd Dixon said. “We are starting to get everything working together this season. The springs, throws and relays are looking good. We need to focus on our jumps and the distances events over the next several weeks.”

Makenzie Cooper won the long jump with a 15-foot-11-inch leap.

Happy and Jones finished third and fourth respectively in the boys 100m dash.

Jarrius Dixon and Isaiah Carpenter finished in first and second respectively in the shot put.

The Cardinals will be in action again April 21 in Ashland to take part in the Ernie Chattin Memorial Meet.