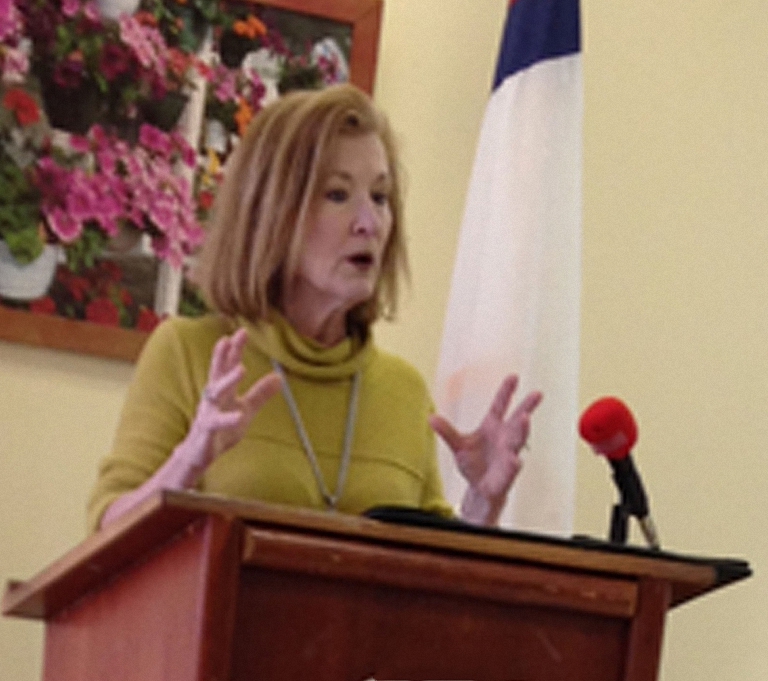 AARP Chapter 632 met Tuesday at at the James B. Allen Generations Center. Betty Ballard gave the invocation. Prayer was requested for Joyce Barnes whose brother passed away. A moment of silence was observed in loving memory of Janice Manley.

State Rep. Donna Mayfield (R) addressed the group and summarized recent legislative work that started in January and ended March 30. Many bills were passed in the Kentucky General Assembly that will affect different areas of our lives. Several of those include the following:

— House Bill 1, the so-called “right to work,” law will make Kentucky more competitive on the national level. It allows employees to enjoy the benefits of collective bargaining without having to join a union.

— House Bill 74, termed the “blue light bill,” was introduced by Mayfield. It prohibits any vehicles not designated to handle emergencies from using blue lights for any purpose.

— House Bill 128 allows students to take an elective Bible course, and students may express their religious and political beliefs in school, etc.

— House Bill 520 allows the establishment of charter schools. Clark County will probably not have any charter schools in the foreseeable future, however.

— Senate Bill 5 prohibits abortion after a woman reaches the 20th week of pregnancy.

Representative Mayfield discussed other bills as well, and noted there would be another session in September. She fielded questions from the audience. 23 members and guests were present.

AARP tax preparers will be honored and the Rev. Kenny Speakes of Mount Zion Christian Church will be the featured speaker.