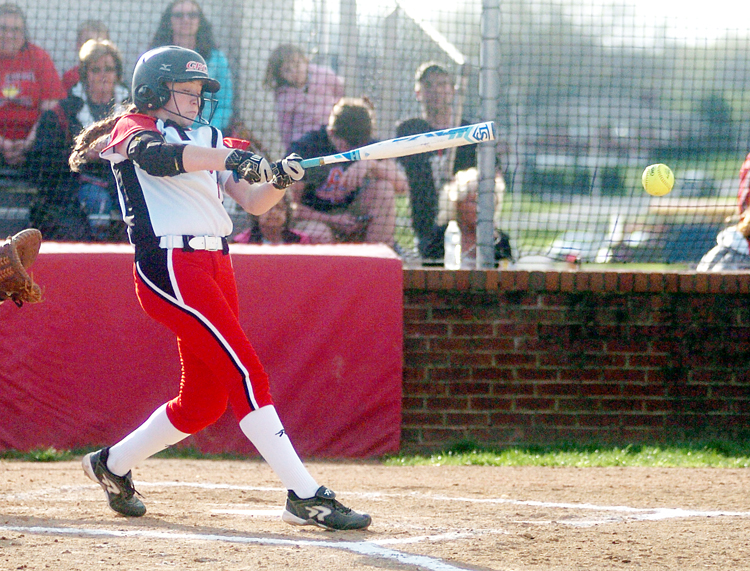 “This is the start of district play,” he told them. “And they rose to the occasion. They’re starting to believe. And it’s the right time. I’m proud of them.”

The Cardinals struggled early but cruised to a 15-4, five-inning win at Cardinal Heights to improve to 4-7 and 1-0 in the 40th District.

It didn’t look like the Cardinals would run away with it early on. Puckett had also told his team prior to the start not to expect a low-scoring game.

“We were able to come back. They grew up a little bit today. A week ago, this team would have folded. Today, they dug in,” Puckett said.

GRC scored four runs in the first, added another in the second then had two five-run innings in the third and fourth.

Seventh-grade catcher Marly Rogers had a big day at the plate. She drove in seven runs, collecting three hits including a three-run double in the bottom of the first, which effectively wiped away Montgomery’s hot start.

She drove in a pair with a hit in the third inning and two more with a single in the fourth.

Christina Young also had a three-hit day, scoring three runs. Claire Brandenburg was perfect with three hits and a base on balls. She scored three times and drove in a run.

Caitlyn Spencer had a pair of singles to go with a double, two runs scored and four runs driven in.

Kendall Harrison drove in a run with a triple in the first inning and had a single in the fourth inning. Ashley Martin finished with two hits and two runs scored. One of her hits was a double.

Courtney Miles pitched all five innings. Despite giving up a pair of walks and a pair of hits in the opening frame, she struck out four batters in the inning and surrendered just two runs.

“Courtney didn’t have her best stuff,” Puckett said. “That’s when you know you’re working hard as a pitcher — when you don’t have your best stuff and still get the win.

The Cardinals are off for the weekend and will be back in action Monday when they host Madison Central at 5:30 p.m.