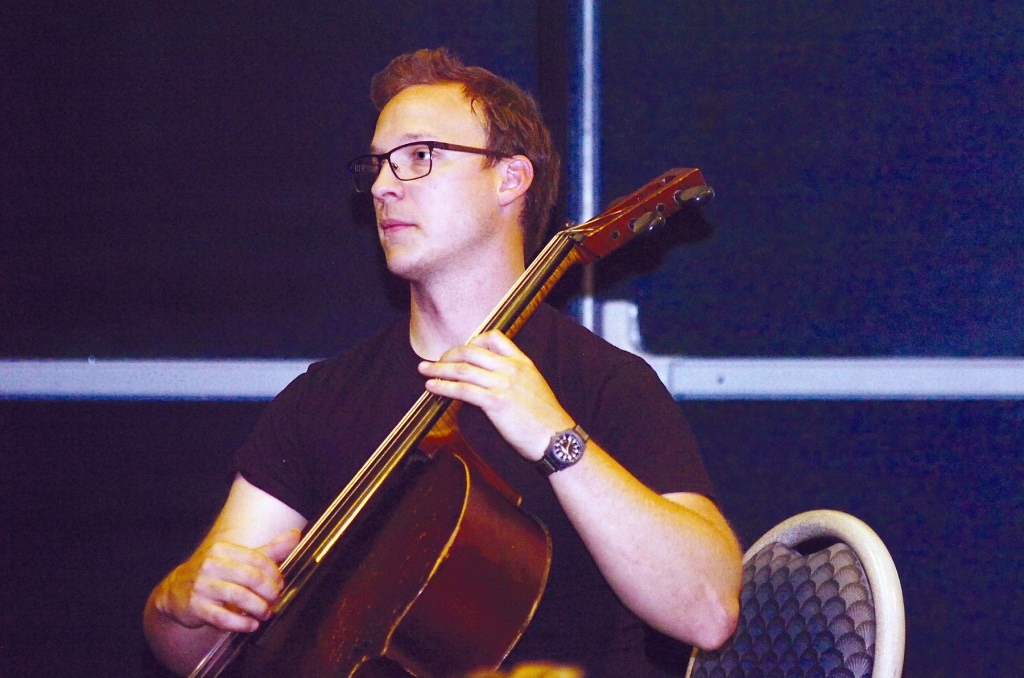 For the first time in four months, the Leeds Center for the Arts opened its doors to the public Friday.

The 91-year-old theatre had been temporarily closed while scores of volunteers took to the stage — and the rest of the building — completing numerous restoration projects.

Winchester Council for the Arts President Tracey Miller said the house lights were left on for the event so that the public could recognize all of those in attendance who had donated their time working at Leeds.

“You are the reason we can continue to do what we do down here,” Miller said. “Several of you all came and pulled up carpet. There are people who worked on our fundraisers. There have been people who have come and done just amazingly hard jobs down here.”

Miller and the rest of the Leeds board publicly thanked those who put work into the restoration project, including the Boy Scouts, who breathed new life into the center’s black and white granite concession stand.

She also thanked the City of Winchester, which covered the operating expenses of the theater while it was closed.

“You don’t know how much that all means to us and how much that means for the sustainability of this building and the magic that’s within,” Miller said.

Main Street Winchester, the Clark County Community Foundation, the Greater Clark Foundation and the anonymous donor who funded all the renovations also received thanks.

“This building was in pretty rough shape when we came on to the board, and in three and a half years we’ve been able to turn the tide and keep art here in our community,” Miller said. “Art is the great equalizer. It doesn’t matter what race you are, your socioeconomic background, we can all come together and experience something, and walk in someone else’s shoes and forget our troubles.”

As part of the renovations, volunteers did plaster work and painting in the auditorium. The lobby and concession stand were updated, as was the plumbing in the bathrooms. The building also received new lights and carpeting.

“This is our first art showing since the reopening,” Miller said.

Hale said his work, called “Vessels” was inspired by the work done at Leeds.