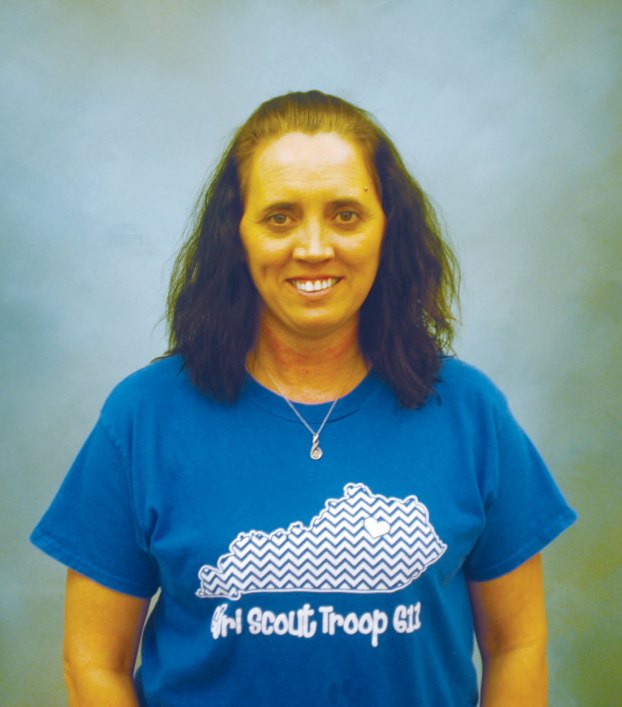 Six years ago, Michelle Blackburn’s daughter Dakota brought a form home from school about signing up for Girl Scouts.

A former Girl Scout herself, Blackburn checked the box saying she was interested in being a leader.

Six years later, Dakota is in the seventh grade and Blackburn is one of the founders of Troop 611 in Winchester.

“I coerced my sister (Crissy Wilburn) to be a co-leader because her daughter was a year older than Dakota,” Blackburn said.

Growing up in Bourbon County, Blackburn loved being in Girl Scouts, where one of her aunts was a troop leader

“I started as a Brownie and I went through middle school,” she said. “I just loved it. A lot of my memories are from day camps.

“Their motto is courage, character and confidence. I feel like it’s played a big part in my life as being a leader.”

Becoming a leader and founding a new troop in Clark County is a pretty easy process, she said. There were two training classes, and she and Wilburn were off and running.

“Clark County does have a great service unit,” she said. “A lot of it has been learning as we go. Having been in it before, I knew what was involved.”

The number of troop members has fluctuated through the years, she said. Currently, there are 16 girls in Troop 611, which merged with another troop a couple years ago.

Scouting has become a harder sell in recent years as children seem to be more involved with more things after school. Blackburn said the troop has changed to try and keep up. A couple years ago, the troop switched formats, adding one group of fifth and sixth-graders and another of seventh- and eighth-graders. The troop also only meets once a month, to keep the girls involved.

“They’ve got something every night,” she said. It was too hard to get them together. That’s why I want to keep it fun, but I want them to learn. They can be leaders.”

On one recent meeting night, the girls built catapults to launch Peeps across the room. On other meetings, they’ve sung Christmas carols at Fountain Circle Health and Rehabilitation. On another, they painted inspirational quotes for the Clark County Homeless Coalition.

Being kind to others is one of the things she hopes to instill, and loves to see manifest, in the girls.

“Seeing the girls evolve into good citizens (and) good, caring individuals,” she said. “I think kindness goes a long way in this world.”

You can’t lead a Girl Scout troop, of be a Girl Scout, with selling the cookies. The annual fundraiser, the troop’s biggest, takes the first three months of the year, she said.

Though the cookie sales remain a large part of the Girl Scouts’ identity and fund-raising, some of the methodology has changes with the times as well.

“Now they don’t want you door knocking,” Blackburn said. “We (used to) pull them around the neighborhood in a wagon. My mom always said I could sell dirt to an ant.

Today, the girls are encouraged to sell them through booths, often at local businesses. Blackburn said her girls had eight booths this year and sold a total of 3,121 boxes.

“Thin Mints. Always has been.”

Turning 97 is a feat in itself, never mind for a veteran of World War II and a former prisoner... read more