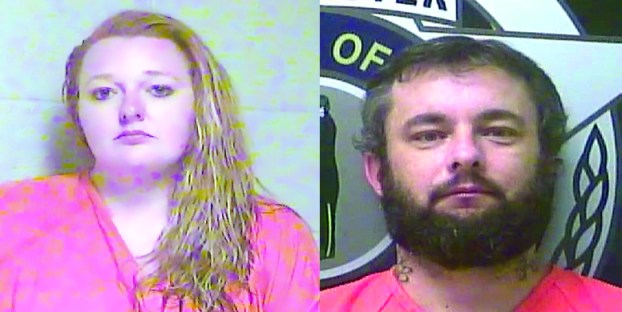 Two of the three people charged with facilitating a sexual relationship with a state prisoner were sentenced to probation. The prisoner himself, James Bussell, was sentenced to four more years in prison.

The former pretrial officer, Daphne Kelley, pleaded guilty in March in Clark Circuit Court to complicity to commit second-degree escape and official misconduct, which was amended from third-degree rape. Prosecutors recommended a three-year sentence for Kelley, but special judge Michael Dean probated the sentence for three years, over prosecutors’ objections.

“You of all people should have known the rules,” Dean said. “There’s a considerable betrayal of trust for your position.”

Kelley, of Richmond, was employed by the state Administrative Office of the Courts to interview prisoners and gather information for judges to use in court proceedings.

In August 2016, Clark County Detention Center officials uncovered information that Kelley was involved in a sexual relationship with Bussell, who was serving a state sentence in the jail and was granted work release to work for Winchester-Clark County Parks and Recreation.

As the investigation unfolded, police said Bussell, of Owingsville, would be dropped off at a residence on Ashland Avenue to meet Kelley on multiple occasions.

Initially, Kelley was charged with third-degree rape because her job gave her a position of authority over Bussell and other prisoners.

Bussell was sentenced to four years in prison. The owner of the Ashland Avenue residence, former county maintenance worker David Lovings, was sentenced to one year for complicity to commit second-degree escape. His sentence was probated for two years.

Bussell did not make a statement in court.

The driver of the parks and recreation truck who was in charge of Bussell’s work detail was never charged.

The dining room of the Winchester Country Club is under new management, and in the coming weeks members of the... read more