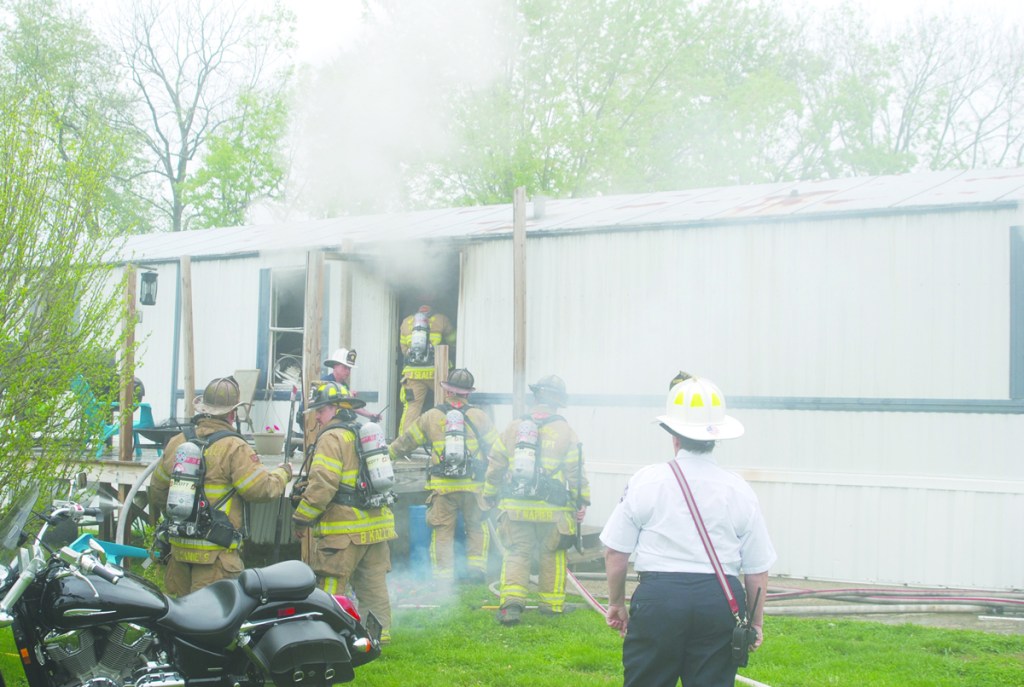 Smoke pours from a mobile home on Kiwi Drive Friday morning. The fire was reported around 11:15 a.m. after all occupants escaped. Fire officials said the fire was contained to a front bedroom, but the entire structure received significant damage from fire, smoke, heat and water. (Photo by Fred Petke)

A Friday morning fire caused significant damage to a home on Kiwi Drive, though everyone escaped without injury.

The fire was reported around 11:15 a.m. at 539 Kiwi Drive in the Quick Shop Trailer Park. Winchester Fire-EMS marshal Gary Henry said the fire appears to have started in a front bedroom of a mobile home and spread into the hallway.

“It looks like it’s all accidental,” Henry said Friday afternoon. The cause has not been determined. The fire, though, was hot enough to burn through the exterior of the home.

Henry said there were two children in the home, ages 2 and 4, who were home with their mother, Elizabeth Farmer. Winchester Fire-EMS Chief Cathy Rigney said Farmer discovered the fire and escaped with the children. They got out of the home without injury, she said.

The fire was contained to the area of the bedroom, Rigney said. Combined with the effects of smoke, heat and water, the home suffered a lot of damage.

“For a mobile home, it’s a significant fire,” Rigney said.

Firefighters were on the scene for a couple hours.