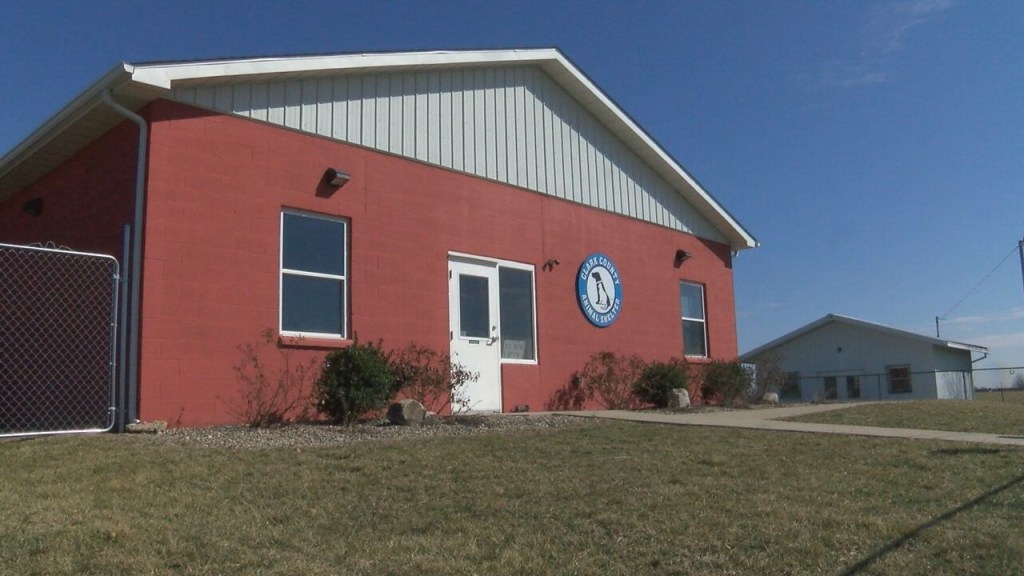 Officials are still waiting to hear when repairs may begin at the Clark County Animal Shelter following a recent fire at the facility.

“We’re hoping the company doing the restoration will be able to start (this week),” shelter director Adreanna Wills said Friday morning. “I expected to hear from the insurance company Wednesday and I’ve not heard from them.”

A fire started in the laundry room of a second building at the shelter on the afternoon of April 13. At the time, firefighters said the fire appeared to have been caused by an electrical issue, but Wills said the insurance company will conduct its own investigation.

Regardless, the building will have to be gutted and rebuilt.

“It’s an old, old building from the 1970s,” Wills said. “We had to replace a water heater since I’ve been here. There’s been a lot of work going on out there.”

Aside from the laundry, the building housed 20 of the shelter’s 30 dog runs. About 15 dogs were in the building at the time of the fire, but all were rescued and are doing fine, she said. The shelter has been working with other animal agencies to find homes for those dogs and to handle additional dogs that may come in, she said.

“After Saturday, we should be down to a manageable level with the 10 dog runs,” she said.

“There’s still a lot of unknowns. We don’t know how long it’ll be down and we don’t know what’ll (come through) the door.”

For those who want to help, the shelter is seeking donations of non-perishable items.

“We’re still looking for donations of bleach, laundry detergent, things that are easy to store,” she said. “We are going to have to purchase some kennels.”

Once the renovation is complete, Wills said they will have to restock it with leashes, treats and other things for the dogs.

Monetary donations may be made through the shelter’s website, www.clarkshelter.org, or sent to the shelter at 5000 Iron Works Road, Winchester, KY 40391.