Habitat helper assists behind the scenes 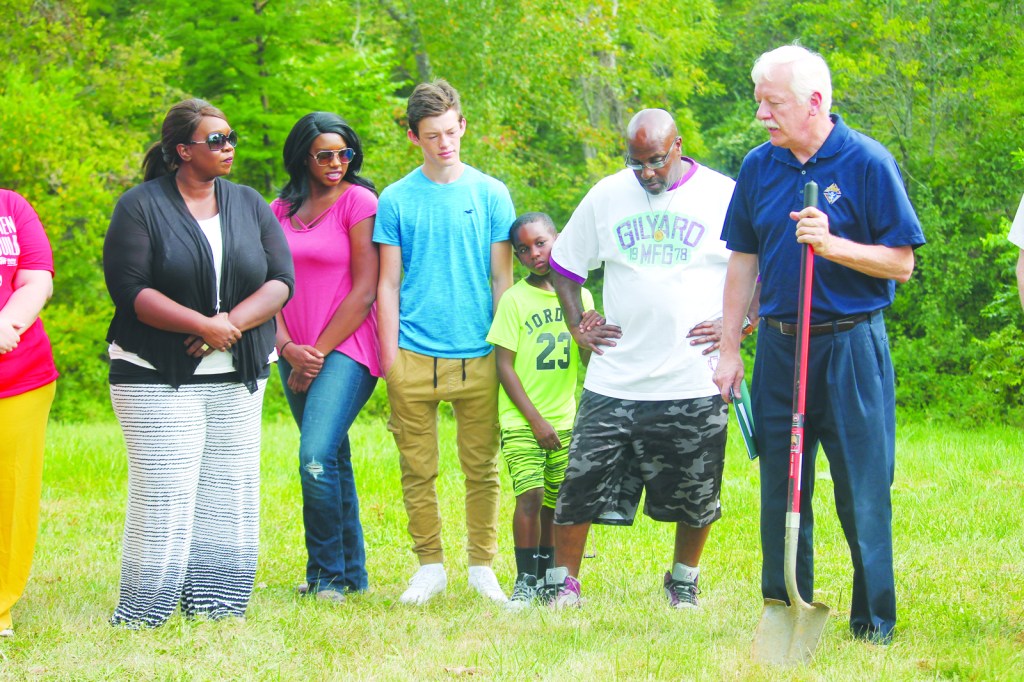 Habitat for Humanity volunteer Joe Prekopa, right, speaks at teh groundbreaking ceremony for a build on Hughes Avenue. Prekopa has been involved with Habitat for about eight years as the group's treasurer. (Sun file photo)

Volunteers come with all kinds of backgrounds and skills.

More often than not, the image of a Habitat for Humanity volunteer involves construction skills like raising walls or painting.

Within any organization, there is a need for someone to keep up with the numbers and the money. That’s how Joe Prekopa got involved with the local Habitat chapter in 2008.

Prekopa had just returned to Winchester to work at Ale-8-One and to be closer to his children, following a career in financial positions in industry.

“I was invited to a board meeting by a (chapter) founder from Clark County,” Prekopa said. “I attended a handful of finance committee meetings. Later in 2009, I was asked to consider getting on the board as treasurer.”

At about the same time, he took a similar position with the Knights of Columbus chapter at St. Joseph Catholic Church in Winchester.

“The Knights have been a big supporter of Habitat in Clark County,” he said. Habitat’s latest finished home, built on a lot on Hughes Avenue, was on property the Knights purchased several years ago on Habitat’s behalf, he said.

The build on Hughes was an apostles build, where several churches joined forces as the principal backers of the project.

“I made an appeal with the help of Father (Frank) Brawner for contributions and support of the apostles build,” he said. “We, being members of St. Joseph and the Knights, had two Saturdays where we worked on a work crew.”

Some of those volunteers, he said, had specific skills and experience in construction or repairs. Prekopa doesn’t count himself as one of those, but he’s picked up a few skills.

“Some, like me, are grunts,” he said. “The Knights were active in the rehab of a home on Cook Avenue. Our guys replaced floors and plumbing work. That was the fascinating thing for me. I’m not saying I’m ready for a major project but I can order the right parts or have an intelligent conversation.”

Like professional work, you go where your skills and talents lie. For Prekopa, part of it is doing the financial work for Habitat. Another part is spreading the word about Habitat.

“I very much enjoy talking about the benefits Habitat has for the individual, adults and children,” he said. “One aspect that is lost is the benefit to the community … one family at a time.”

“You’ve got to look at it from the point of ‘I wasn’t put here just to worry about me,’” he said. “I have to look out for my neighbors and you can define your neighbors very broadly.”

Those neighbors can easily include those supporting the agencies he helps, he said. That inspires a higher level of commitment.

“Not-for-profits have to be run in a manner that honors the commitment of its donors and that requires some discipline,” he said. “We owe our supporters a result that, as best as possible, mirrors or demonstrates that we have used their resources wisely. The bottom line … is how many families have you served and how efficiently have you done that.”