Paws for breath: Parks and Rec teaches yoga with kittens 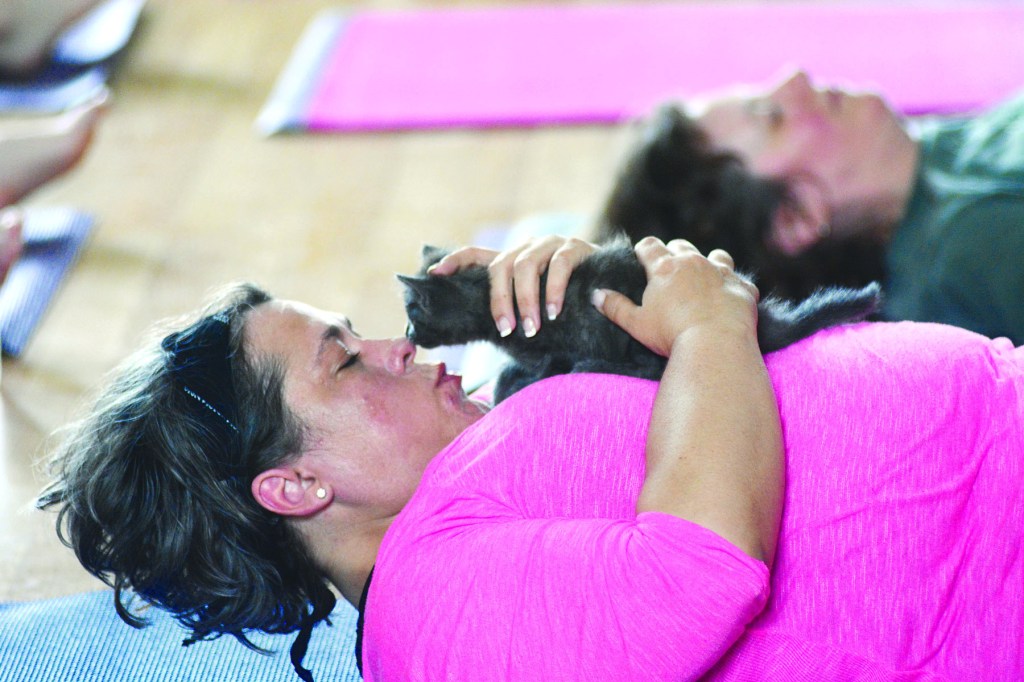 These instructions helped kick off a unique yoga class taught by Cindy Reed Saturday morning at the College Park library.

The Winchester-Clark County Parks and Recreation department partnered with the Clark County Animal Shelter for a fundraising and adoption event.

As the class began, shelter employees released several kittens into the room to interact with those taking part. Treats and toys were laid across the room to allow participants to play with the kittens, some of which were available for adoption.

Reed said that in addition to benefiting the animal shelter, the event also had a unifying quality.

“Everyone agrees on kitties,” she said.

Reed said the event was able to raise about $400 for the shelter.