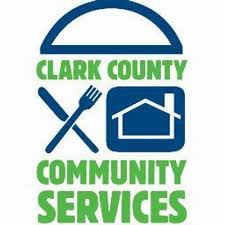 In two weeks, letter carriers will be picking up food donations while making their appointed rounds in Clark County.

Saturday, May 13, will be the 25th annual Stamp Out Hunger, a national event organized by the National Association of Letter Carriers. Locally, the event will collect food for Clark County Community Services.

The event is Community Services’ largest food drive of the year, she said. Last year, nearly 6,500 pounds of food were donated. In 2015, Clark County residents gave almost 6,900 pounds, she said.

Donated food should be left at residents’ mail boxes on Saturday, May 13 for the carriers to collect.

Items need to be non-perishable, such as canned items, or boxed items. They must also be unopened and unexpired. Last year alone, about 13 percent of donated food had to be thrown out, she said.

Suggested items include canned foods, boxes of crackers, boxed cereal, oatmeal and boxed meals like macaroni and cheese, she said.

Financial donations are welcome as well, which Fatkin said will be used to purchase food through God’s Pantry.

There is a competitive element as well, she said.

Community Services presently provides food to more than 1,200 families each month, she said.

Volunteers will be needed at Community Services through out the day to help off-load, store and shelve the donations. Strong people will especially be needed, she said, as the food crates are heavy. There will be places for the less-muscular to help as well, she said.

Members of the 4-H Discovering Cooking Club put their skills to the test Thursday night during a team cooking competition.... read more