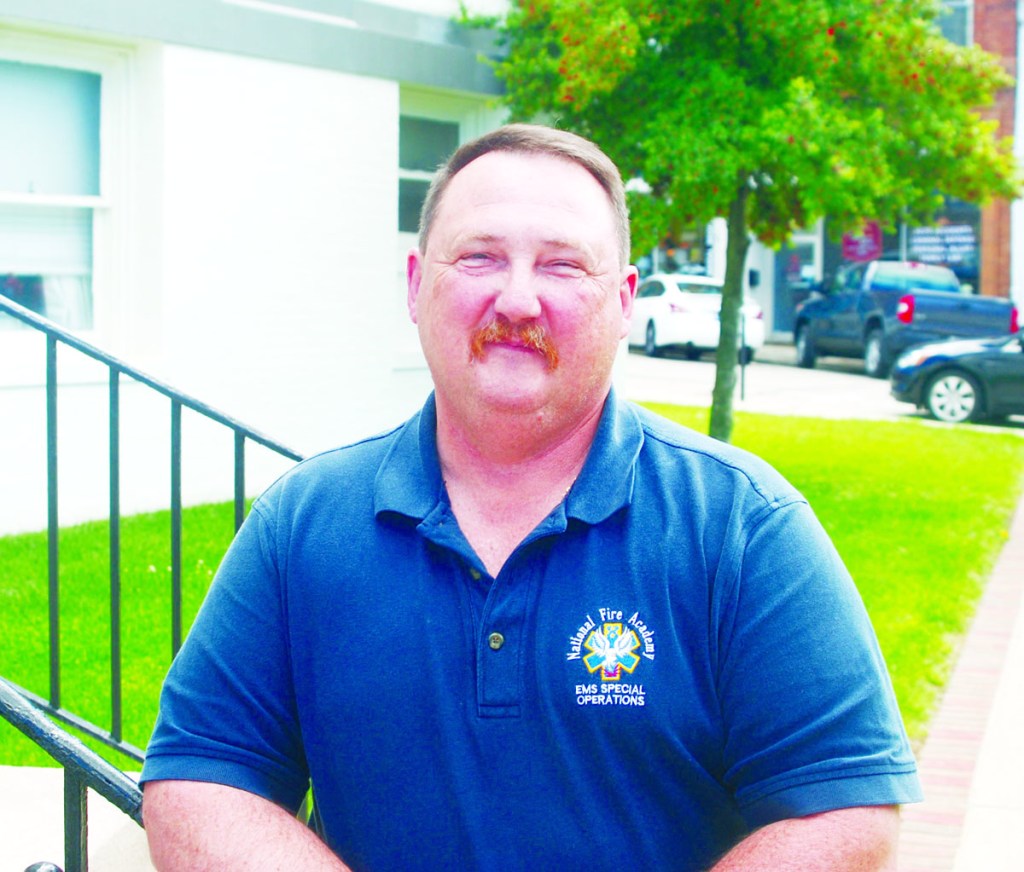 After retiring from Winchester Fire-EMS following a 20-year career, Steve Morris now volunteers as the coordinator of the county’s search and rescue program. (Photo by Fred Petke)

Steve Morris was working as a photographer and technician for a Paducah television station when he realized he wanted a career change.

He had already been on a couple of calls with the local volunteer fire department where he lived.

“I got tired of (photographing) people doing what I wanted to do,” he said.

Now, years after returning to Winchester and retiring from Winchester Fire-EMS as a paramedic, Morris is still in public service as Clark County’s search and rescue coordinator.

The position is required by state statute, but is unpaid in Clark County. Morris said he was approached about the position by Clark County Emergency Management Director Gary Epperson a few years ago, and was appointed by Judge-Executive Henry Branham.

For the last three years or so, Morris has overseen large-scale rescues and searches. Morris said he only gets called out a handful of times a year, but it is for major events, like a search and rescue for two injured hikers last July near Hall’s on the River.

“I’m in the middle getting pieces and parts to put together a coordinated response for the rescue at hand,” he said.

On July 4, 2016, that meant working with 55 responders from five different agencies for eight hours in miserable weather to rescue the two lost, hurt hikers.

“The terrain was horrendous,” he said. “Plus we basically had a hurricane.”

The hikers had fallen over a cliff, which required rope rescue as well, he said.

A big part of Morris’ job involves knowing what skills and resources are available within Clark County’s emergency agencies well in advance of the emergency.

“It depends on the nature of the beast as to who we call if it exceeds Clark County and Winchester’s response,” he said.

Morris, who graduated from high school in Clark County and retired from Winchester Fire-EMS in 2004 after 20 years, said he stays connected with all the county’s emergency departments, as well as those in surrounding counties.

“I still deal with the fire department and know all the guys,” Morris said. “I have that tie-in knowing everyone and their abilities. It’s kind of its own little world.”

Morris also serves as a reserve deputy for the Clark County Sheriff’s Office and co-owns a company that provides medical coverage for large events. He still uses his photography skills from time to time among those duties as well, he said.

One of the things that attracted him to the fire service with Lone Oak Volunteer Fire Department was the camaraderie among firefighters.

It’s an instant and universal brotherhood, he said.

A CPR class led to an EMT class, then paramedic school. When he returned to Winchester in 1984, Morris went to the Lexington Fire Department’s paramedic class. He was still in school on the night of the Winchester stockyard fire.

“We were standing on Broadway and the chief asked if I wanted a job,” he said.

That was the start of a 20-year career as a paid firefighter and medic, which has carried through to today.

The reward, he said, is the same as when he started as a volunteer firefighter in western Kentucky.

“Knowing I’ve had a hands-on, or a small part, of saving someone’s life or bringing them home, that’s worth more than the money,” Morris said. “I’ve had a part of helping someone in the worst day of their life means a lot. It’s a big responsibility, but it’s a rewarding one.

“This is not a job. I truly love what I do. Coming back (to Winchester) and becoming a paramedic is what I wanted to do.”