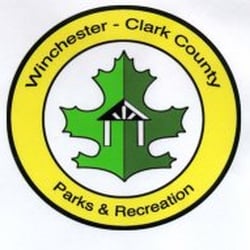 It has been almost three years since the Eugene Gay pool was demolished, and nearly seven since it closed.

Local officials are still working on plans to build a splash park on the site, and are looking for ways to raise money for the project.

Winchester-Clark County Parks and Recreation Director Jeff Lewis said the City of Winchester has budgeted up to $250,000 in matching funds for the project, but there is no timetable to raise the funds. The department is making a new push to start raising money for the project and recently mailed a flyer to every home and business in Clark County to spark interest in the project.

The preliminary plans have already been developed, he said, but specifics like dimensions and features will depend on the project budget.

The plan is to build a concrete pad, complete with pumps and the necessary infrastructure, bigger than needed.

“You can expand with features later,” Lewis said. “You can’t expand (the pad) later.”

Lewis said they have looked at similar facilities in neighboring communities and have seen some which were built too small. Lewis said he spoke with officials in Clay City, where a park was built which was about the size of half a basketball court. Lewis said they quickly realized they underestimated the interest and that their park was too small.

“We’d like it to be bigger,” Lewis said. “We want to build to expand.”

One of the good things is Parks and Rec already owns the property where the pool was, which was set up for a water land grant, he said. The department doesn’t own other suitable property, he said.

“It made sense and the city and county wanted to put something back in that part of the community, he said.

The challenge now is raising the funds. Lewis said he’s speaking with several groups and foundations about giving to the project. A few private residents have also made donations, but there’s a long way to go, he said.