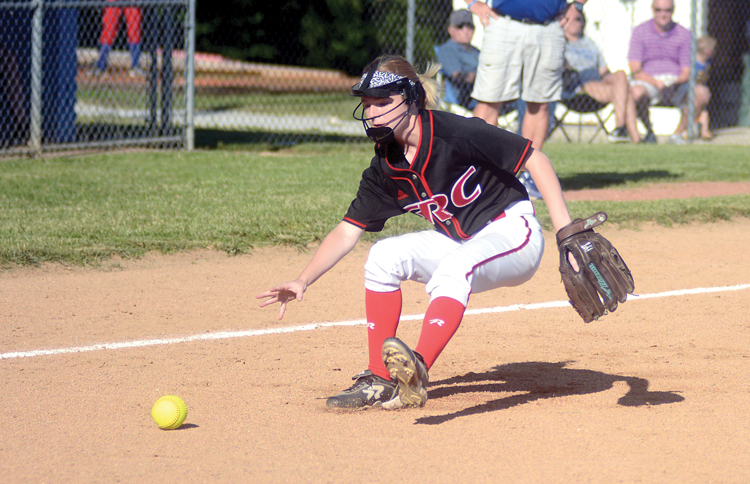 Tuesday’s game against Montgomery County was a far cry from the previous meeting for the George Rogers Clark High School softball team.

The Cardinals won going away in five innings back on April 13. It was all Indians Tuesday, in a 10-0, six-inning victory for Montgomery County on its senior night.

The Cardinals struggled in nearly every aspect of the game — they managed just one hit, left three runners on base and committed eight errors.

“Eight errors and no timely hits, it’s tough,” GRC coach Matt Puckett said. “They were the better team today. It’s just one of those nights.”

The game was the district finale for both clubs and has set the tournament field for the 40th District.

The Indians gets to play Paris, a team they split with in the regular season, while the Cardinals will face Bourbon County, who holds a perfect 6-0 record in league play and sports a 21-5 record overall — tops in the 10th Region.

“We’re going to play Bourbon now,” Puckett said. “We set our fate tonight. It’s going to be a hard first-round game, no question about it. We’ll have to come out and do whatever we can do to beat the No. 1 team in the district, possibly the region.”

The loss was the fourth straight for the Cardinals, who had previously not lost more than two consecutive games this season.

And three of those were district games to further salt the wounds for the Cardinals, who could hardly be blamed for expecting more with the return of two key players — Whitney Walker, who is limited to hitting after missing most of the year with a broken finger, and Courtney Miles who returned to the circle for GRC.

“Whitney’s back and it was Courtney’s first time really throwing for a while,” Puckett said. “She did a good job, really. She had to get a lot of outs tonight.”

GRC hopes to knock off the rust and find the winning formula in the final three regular season games — tonight against Frankfort, Thursday at Nicholas County and Friday against Estill County.

GRC hosts the 40th District Tournament, which begins next week at Cardinal Heights.