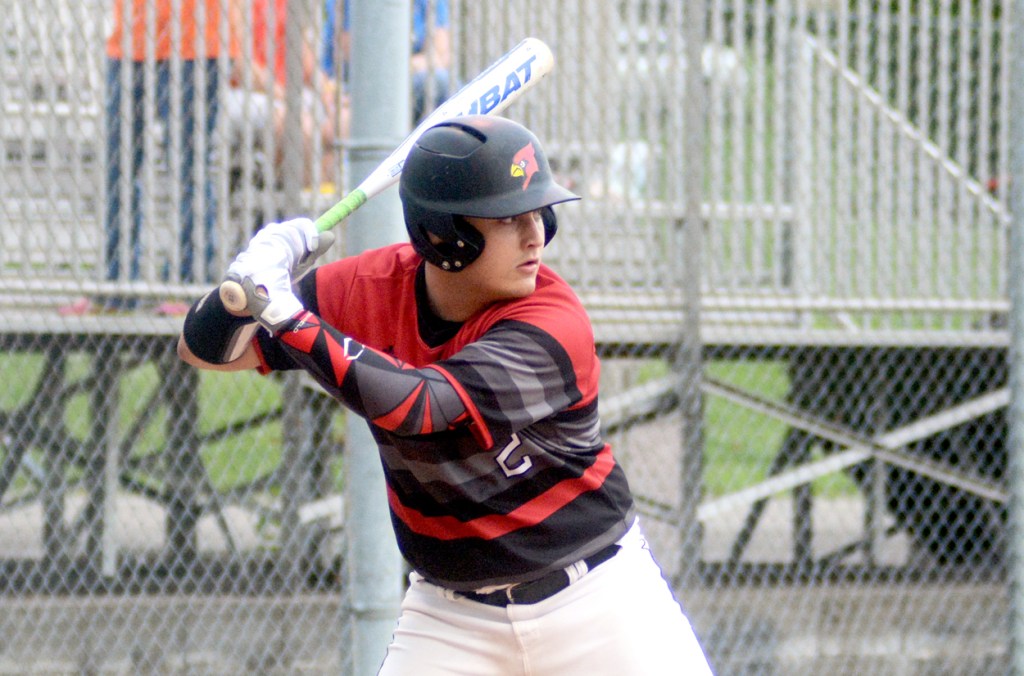 The Cardinals trailed Montgomery County, 4-0, in the opening round of the 40th District Tournament. The two regular-season meetings between the two teams had been tight, low-scoring affairs.

The Cardinals turned all that around with an offensive explosion and held on for a 13-8 victory, advancing to the 40th District championship game tonight at Bourbon County High School.

The Cardinals went into the bottom of the fourth inning trailing by four and having left 10 runners on base through the first three innings.

Jake Ware’s double in the fourth made it 4-2. Cameron Dove drew a bases-loaded walk in the bottom of the fifth to make it 4-3.

One pitch later, Tyler Walton hit a grand slam, clearing the right field fence. That put the Cardinals up, 7-4. But GRC wasn’t finished.

The Cardinals added another run on a double-steal attempt in the inning and were up 9-4 going into the sixth inning.

In the bottom of the sixth, Jaxson Davis drew a one-out walk. Dove also reached on a base on balls and Walton was hit by a pitch.

One batter later, Caden Easterling hit a drive over the left field fence for the second grand slam of the game and a 13-4 lead.

Montgomery rallied to scored four runs in the top of the seventh, but Ben Barrett relieved Ware and struck out a batter and induced a pop-up to third to close out the game.

The victory pushes the Cardinals into the title game, where they hope to defend their district crown against Bourbon County, who defeated Paris, 12-4, in the second game. It also gives them a berth in next week’s 10th Region Tournament.