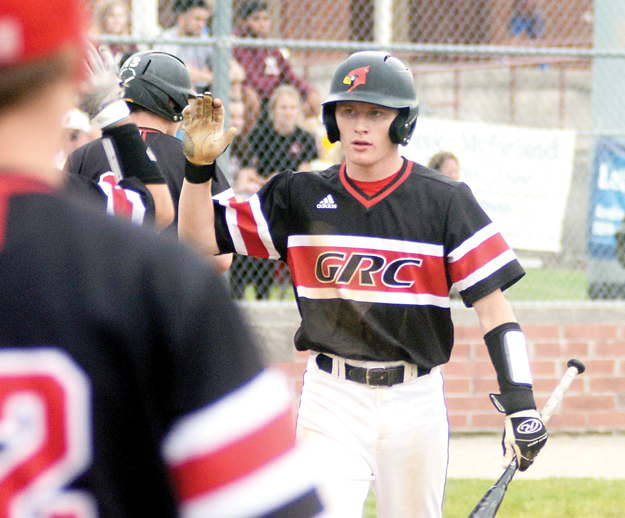 Rain has forced a change of venue for the 40th District Tournament baseball championship game.

Bourbon County hosted the first round of the district tournament Monday and the start of the of the title game Tuesday before lightning and rain suspended play.

The game will pick up at the start of the bottom of the fifth inning with GRC’s Jake Ware at the plate.

The Colonels snagged an early lead thanks to a walk, stolen base and RBI single to left in the top of the first inning.

The Cardinals answered in the bottom of the inning when Cameron Dove walked, stole second and scored on a single by Tyler Walton.

GRC took the lead in the following inning when Bo Billings led off with a walk and advanced on a wild pitch. He reached third thanks to a Dakota Puckett infield hit and scored when Jaxson Davis grounded out.

The Colonels tied the game in the top of the fourth inning. The Cardinals got a pair of quick outs but Bourbon scored thanks to an error and back-to-back singles.

Alex Back pitched all five innings for the Cardinals. He surrendered two earned runs on three hits and four walks. He struck out three.

Both teams have already qualified for the 10th Region Tournament is set to begin next week. The 40th District title and seeding in the region tournament are on the line.