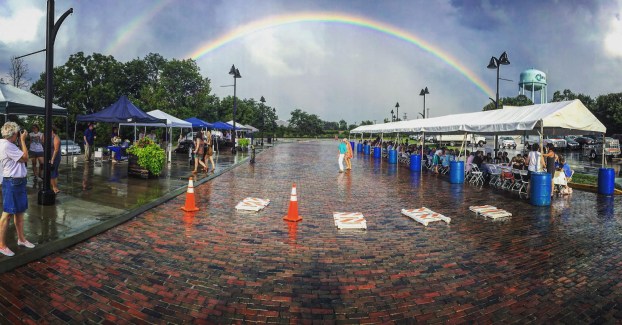 Organizers are planning on doubling the response when the Farm to Table returns later this summer. 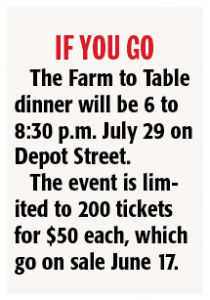 The dinner is a fundraiser for the Clark County Farmers’ Market and uses only ingredients sourced from local farmers and producers, said Syndy Deese, who helped organize last year’s event.

Tickets go one sale June 17 at the farmers’ market on Depot Street. Though there will be 200 tickets available, twice as many as last year, she still expects them to sell out that day. Last year, they all sold in three hours.

The event will be from 6 to 8:30 p.m. July  29 on Depot Street, rain or shine, she said. More than 25 vendors and supporters have already signed up for this year, she said.

Last year, the dinner raised nearly $4,500 for the market, which she said wants to build a permanent structure. No goals have been set for this year’s event, she said. At $50 each, ticket sales alone would more than double last years’ result.

“We hope to keep this an annual event,” Deese said.

“We’re going to have a great menu,” Deese said. “It’ll be a time to come together and support the farmers’ market.”

Hats, mittens, and socks oh my! Lexington will soon be splashed with color this weekend as the eighth annual Kentucky Sheep... read more