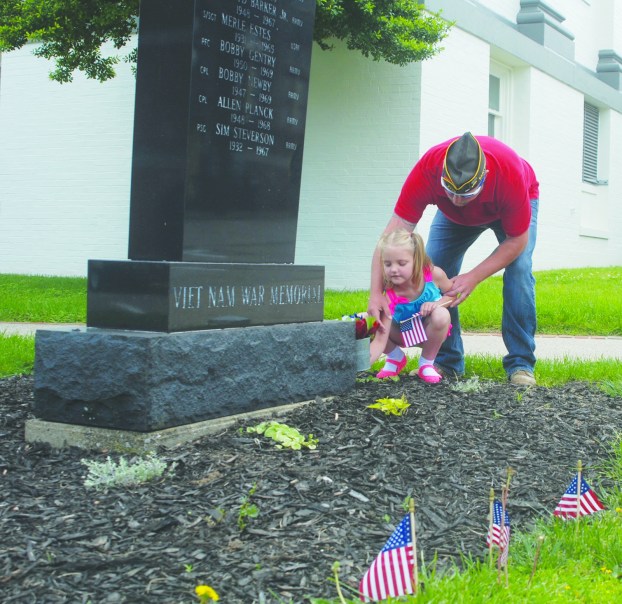 Early Monday afternoon, taps sounded from the back of the Clark County Courthouse, offering a somber reminder of the American soldiers killed throughout history.

“Our great nation has had generation after generation of those willing to fight,” Winchester Veterans of Foreign Wars Post 2728 commander Anita Shimfessel said. “Millions of men and women have answered the call.

“Today we pay tribute to those who paid the ultimate sacrifice. We honor their sacrifice, their service, mourn their loss and the families left behind.”

The holiday started following the Civil War as a way to honor those killed in the fighting. In 1971, it became a national holiday to recognize all members of the U.S. armed forces who lost their life.

By Fred Petke Clark County children aren’t the only ones to win prizes for reading this summer. For almost as... read more