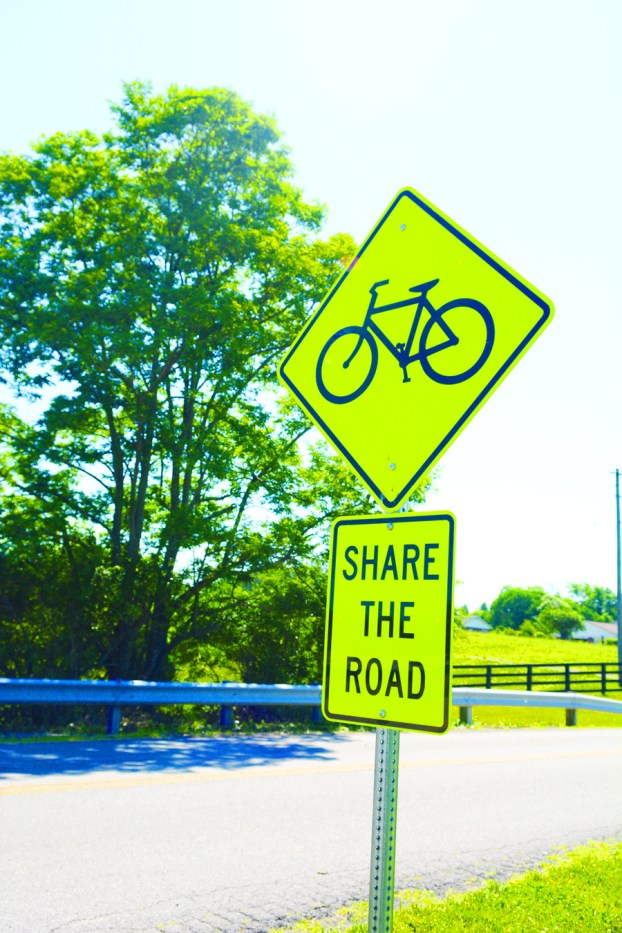 The Kentucky Transportation Cabinet has installed new signs across Clark County in an effort to make motorists more aware of those on bicycles.

One of the signs has been installed on Flanagan Station Road, near the intersection with Boonesboro Road. Another has been put at the 1 mile marker on Muddy Creek Road.

Berry said the state is looking at putting more signs in at several proposed locations.

“These signs were part of the discussion during the creation of the Active Transportation Plan,” Berry said. “Troy Hearn, at the Kentucky Transportation Cabinet, submitted the request to KYTC District 7, with input from bicyclists in Clark County.”

The signs are located on state-maintained rights-of-way.

The signs feature the image of a bicycle, with a second sign beneath reminding drivers to “share the road.”

Berry said that dozens of cyclists ride along the roadways in Clark County, with the Bluegrass Cycling Club hosting weekly rides along some of the routes proposed as signage locations. He added that Walk-Bike Clark County is hopeful the county will get involved in the project as well.

“Our hope is that the county will follow suit and purchase and install ‘share the road’ signs along rural stretches of county-maintained roadway,” he said. “This would require the approval of the Fiscal Court and labor and materials.”

Teacher of the Week: Jonas leaving fond memories at Campbell

Tuesday was a bittersweet day for Jill Jonas as she cleared off the walls of her classroom at Robert D.... read more