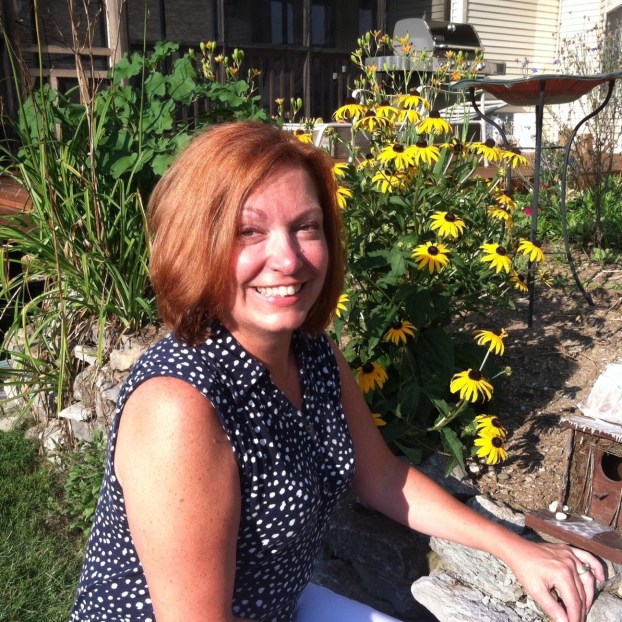 Teacher of the Week: Jonas leaving fond memories at Campbell

Tuesday was a bittersweet day for Jill Jonas as she cleared off the walls of her classroom at Robert D. Campbell Jr. High School for cleaning over the summer.

For most teachers, the work is part of the routine as they leave school, returning in the fall to teach again. For Jonas, however this summer will be her last at Campbell.

Jonas recently accepted a teaching position in Fayette County, where she lives with her husband, who is also a teacher. She will leave Clark County Public Schools after teaching summer school beginning in June.

Jonas said she was torn by the decision. She began teaching language arts in Clark County five years ago at Clark Middle School. It was her first teaching job after she left a career in human resources and employee training with Fazoli’s. She said, after a while, she realized that she liked being a hands-on teacher for young people.

“In talking with my husband he was like, ‘Look at it, Jill, you’ve been teaching your whole work life, you just haven’t been doing it in a school system,’” Jonas said.

Jonas said she looked into going back to school and found a lot of support from Fazoli’s, which changed her work schedule to accommodate her in her work toward a new career.

Having begun teaching later in life and coming from another career, Jonas said she often looks for out-of-the box methods to teach her students.

“I look at how else I can teach the standards,” she said. “With everything I see, I think ‘How can I use this to help my kids?’”

A method Jonas found success with this year she borrowed from Google’s “genius hour,” where employees spend a portion of their work day focussing on a pet project.

“I had my advanced students split into teams of four and work on anti-bullying campaigns,” Jonas said.

The campaigns included posters and banners, a video, a 30-minute lesson plan and some sort of tangible item. She said the students spent one hour a week since January working on their campaigns, making, T-shirts, situation cards to be acted out, magnets and more.

The work was so thorough that RDC applied for a grant from the state for student-led anti-bullying campaigns. The students will work next year with the grant if it is awarded to them to create a full campaign for Campbell to use.

Jonas said she will miss the other teachers at RDC as well as Principal Dustin Howard.

But she will especially miss her students.

“Not getting to see my kids next year,” she said. “When we get our KPREP scores back next year not being able to go ‘Oh my gosh look at how awesome this is, look at how much you grew last year!’” she said. “It is going to pain me to not see those results and not to see how my kids did. We do MAP testing in addition to KPREP, and when we did spring MAP, one of my kids scored above novice for the first time, and when I told him that it was like his world just changed. He became a different kid in the classroom, and seeing that and not being able to celebrate that with those kids is going to be hard.”

Early Monday afternoon, taps sounded from the back of the Clark County Courthouse, offering a somber reminder of the American... read more