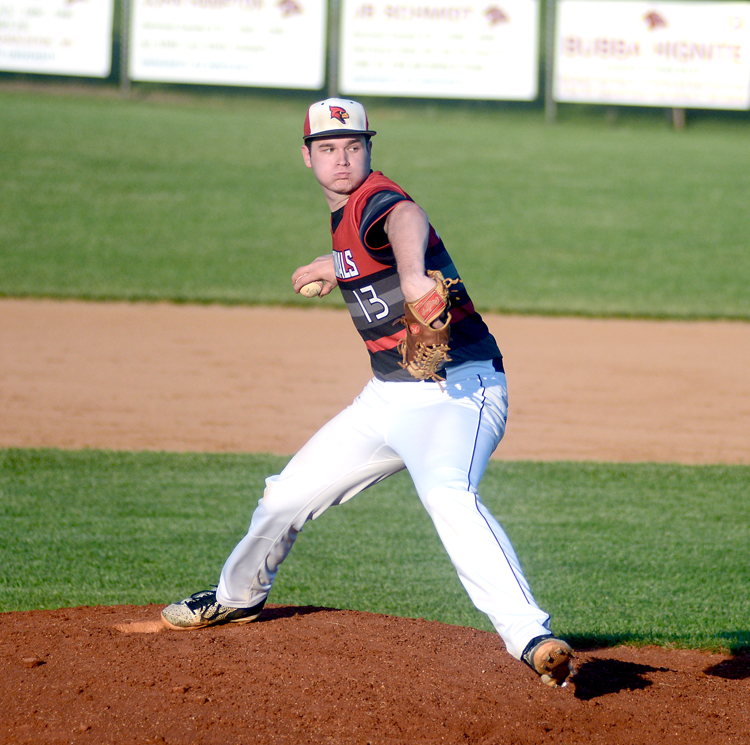 The Cardinals punched their ticket thanks to a 7-3 win over Harrison County Wednesday in the 10th Region Tournament championship game.

The Cardinals have relied on the big inning throughout the postseason and the title game was no different. They scored all seven runs in the third inning, forcing Harrison to use three different pitchers in the frame.

“That’s what has pushed us through the districts and now the region,” GRC coach Matt Ginter said. “We get those runs in bunches.”

To make the one inning’s work stand up for the win, GRC played mostly solid defense behind a strong effort from Jake Ware, who pitched all seven innings.

“(The third inning) was an enormous confidence boost, not just for me but the team,” Ware said.

He surrendered just two earned runs on nine hits and three walks while striking out three.

“I told Jake, ‘Here’s the ball. Turn the lights off when you’re done,’” Ginter said.

When GRC center fielder Jaxson Davis squeezed the final out, Ware’s work was finished and the Cardinals had laid claim to the 10th region crown for the first time since 2011.

“We’ve got a championship under our belt for the first time in a while,” senior Alex Back said. “Everybody came together. Everything fell into the right place.

“This feels phenomenal. It’s something you always look forward to. I’ve played since I was an eighth-grader and we’ve never gotten this far. It’s surreal.”

The Cardinals (23-9) threatened in the first inning, loading the bases with two outs but didn’t break through. The Thorobreds (21-10) struck first with a run in the top of the second inning.

GRC did all of its damage in a wild third inning.

Cameron Dove worked a lead-off walk then advanced to second on a wild pitch before scoring on a Tyler Walton single. Walton also advanced on a wild pitch, then stole third when Harrison tried to pick him off second.

Ware and Caden Easterling drew back-to-back walks. Brady Turner followed with a two-run single to left. Two batters later, Dakota Puckett drew a two-out walk to load the bases again. Davis cleared them with a three-run triple. Dove brought him home with a single to left.

Harrison scored a pair in the sixth inning, but the deficit was too great and the Cardinals earned their trip to Whitaker Bank Park next week.

“I’m looking forward to representing the 10th Region and giving it our all to see how far we can make it through the state tournament,” Back said.