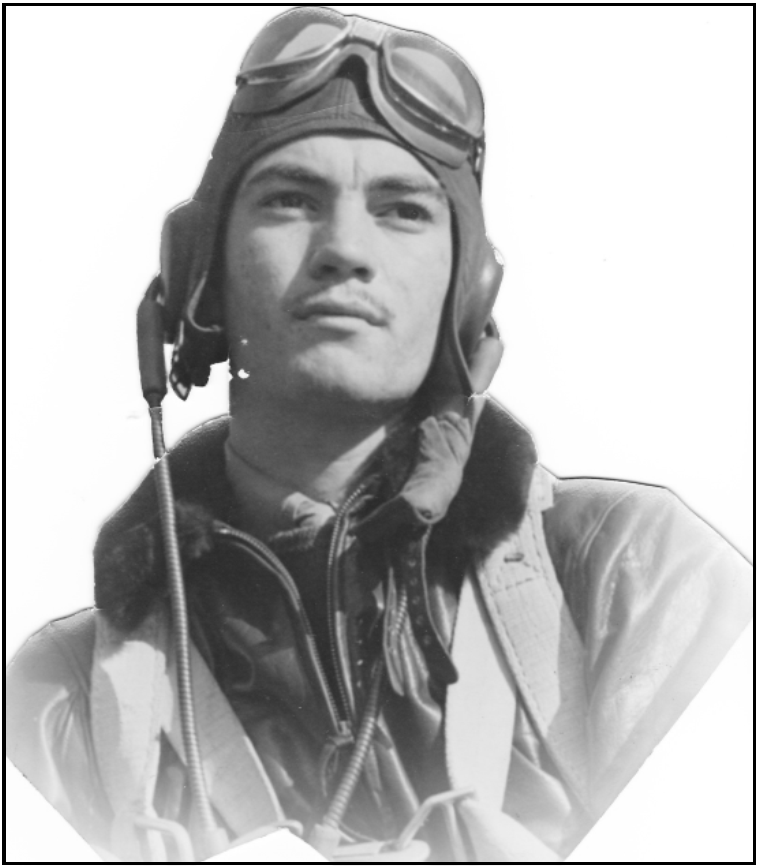 Like millions of other young Americans, Clark County native Robert Lewis Adams (1921-1988) answered the call to serve his country during World War II.

Trained as an aerial photographer for the Marines, Adams was stationed in the Pacific.

Some of his photos and other items from his tour of duty are on display as part of the World War II exhibit in the Robert D. Campbell Military History Room on the second floor of the Bluegrass Heritage Museum.

Lewis was the son of Robert L. and Lee Shimfessel Adams. He was a photographer before the war, and the military put his skills to good use.

Enlisting in the Marines on June 16, 1942, he was sent to Boston, Massachusetts, to aerial photography school.

His next posting was at Goleta Marine Base near Santa Barbara, California, where he met Sophia Senna in 1943 at an American Legion mixer. He danced his way into her heart and they were married three months later in Santa Barbara, the beginning of 46 years together.

Sophia also served her country on the home front. For a time, she worked for Lockheed as a riveter, joining the ranks of other “Rosie the Riveters.” Later, she worked as a fruit packer for Sunkist. A Sun article from last year talked about her service and that of other “Rosies.”

In June 1943, Lewis Adams was assigned to the VMF 115 Squadron as an aerial photographer and shipped out to the Pacific island of Emirau, one of 4,000 Marines to land there as part of “Operation Cartwheel.” This campaign sought to capture islands surrounding the key Japanese stronghold of Rabaul, thereby cutting off supply lines and effectively isolating the enemy with less cost to allied forces than direct attacks.

Adams’ primary job was to lie in the belly of a plane and take bomb-damage assessment photos. But he also captured images of the daily life of the men he served with. Some of these photos are part of the museum exhibit.

While on Emirau Island, Adams worked with some famous aviators. One was Charles Lindbergh, who had made history for the first solo, nonstop flight across the Atlantic in 1927. During WWII, Lindbergh served as a liaison between the military and United Aircraft Corporation, makers of the new F4U Corsair planes that made up Lewis’s squadron.

The squadron’s commander was Major Joe Foss, who earned the nickname “Ace of Aces” by shooting down 26 enemy planes, equaling the record of WWI hero Eddie Rickenbacker.

“Operation Cartwheel” was a success. By the end of March 1944, Rabaul and its 100,000 Japanese troops were effectively neutralized.

Lewis Adams continued to serve with VMF 115 after it left Emirau and went on to Leyte Gulf and Mindanao.

After the war, both Lewis and Sophia Adams returned to Winchester, raised their family, and began a successful auto parts business and other ventures. Lewis passed away in 1988, and Sophia still lives here.

The Bluegrass Heritage Museum is located at 217 South Main Street in Winchester. It is open noon-4 p.m. Monday through Saturday. Admission is $5 for adults and $2 for seniors and children up to 17.