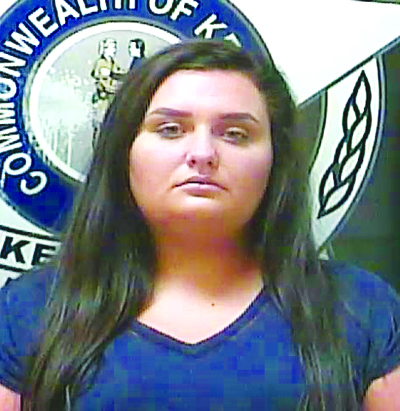 The woman accused of driving three men to and from the scene of an attempted robbery turned homicide was sentenced to 20 years in prison Thursday.

Lillian Barnett, 20, pleaded guilty in May to amended charges of facilitation to commit murder, first-degree robbery and two counts of first-degree assault for the Dec. 23, 2014, shooting at an apartment complex on Oxford Drive.

In May, Barnett said she believed something was going to happen involving Christopher Robinson, Aaron Stailey and Lamont Wilkerson. Barnett said she drove the three to the apartment complex and waited in the car outside.

The three men pleaded guilty previously to entering the apartment building wearing masks and armed with guns, intending to steal marijuana from Justin Meadows. When they tried to force their way into Meadows’ apartment, shots were fired. One of those went through the floor into the apartment below, striking and killing 19-year-old Amber Caudill.

Meadows and Crayvone Ritchie, who was in the apartment at the time, were wounded but survived.

As she did when the other three were sentenced, Caudill’s mother Karen Caudill spoke to Barnett about her daughter.

“What you did is stupid, irresponsible,” Karen Caudill said. “I’m angry. I’m hurt. I lost my baby. She lost her life. She wanted a family. She had dreams. You took that from her.”

Clark Circuit Judge Jean Chenault Logue sentenced Barnett to five years for each count and ordered them to run consecutively. Barnett must serve 20 percent of her sentence before being eligible to meet the parole board.