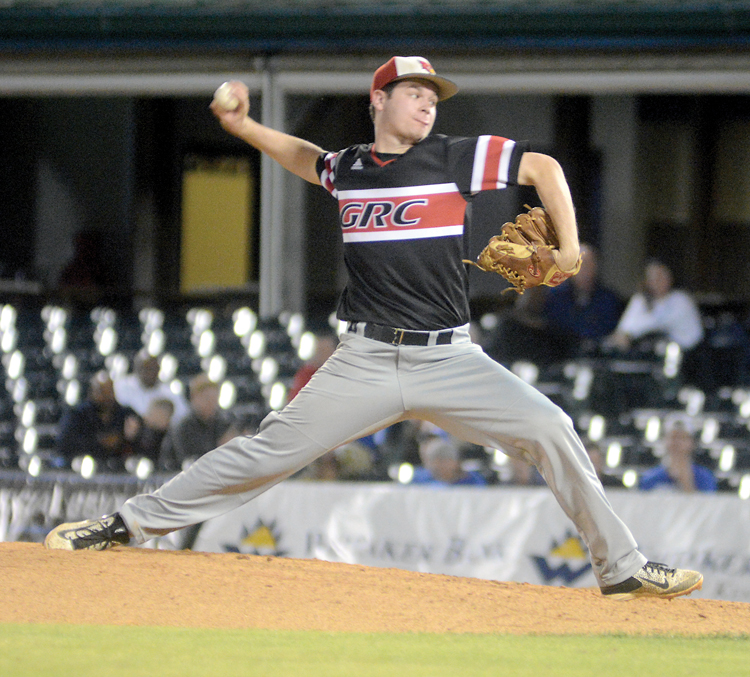 LEXINGTON — Simon Kenton only got to George Rogers Clark starter Jake Ware in the first inning, but the Pioneers were able to make the three-run inning stand up for a 3-1 win in the opening round of the 2017 Whitaker Bank/KHSAA State Baseball Tournament.

The Cardinals managed just two hits through the first six innings before rallying in the seventh, scoring one run. They had the tying run at the plate but couldn’t complete the rally and see their season continue.

Things seem to start in GRC’s favor. Lead-off man Jaxson Davis reached on a base on balls to start the game and advanced to third on an errant pick-off throw.

Cameron Dove topped a pitch down the third base line and appeared to reach on an infield hit, but the ball was called foul despite hitting Simon Kenton third baseman Joey Ponder’s leg in fair ground.

Dove was called out on strikes on the following pitch and the Cardinals were unable to get Davis in from third.

The Pioneers scored three runs on three hits in the first — two were down the third base line. It was all they needed.

Ware also went six, striking out eight. He walked two and gave up five hits. All three runs were earned.