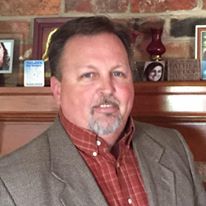 Each person on the list above stopped their world for two hours and focused together on solutions to the Plague in Winchester, Kentucky. They brought all of their personal and professional experience to the table and unashamedly proclaimed we cannot do this alone but as a community bound together to not only resist the onslaught of the PLAGUE into our lives but the eradication of this PLAGUE. No one, not one person in that room looked down on those who are afflicted with the PLAGUE. On the contrary the rooms focus was on finding a path to eradication. The sentiment was verbalized best by Joe Markiewicz’s statement of hope that we as a society have gone from a state of mind where no one wore seatbelts to now it is an everyday occurrence for everyone, so why can we not put a stop to the PLAGUE of overdoses in our communities.

The emotions in the room were high as people broke into groups to brainstorm together to provide battle plans to victory against the PLAGUE. You could hear the roar of voices as discussions about Reducing Access to drugs, Reducing Inappropriate Prescription Usage, Improving Overdose Intervention, Early Intervention and Treatment, Enhancing Mental Health Care, and Substance Abuse Prevention. Each table put together detailed lists of areas of our everyday lives that can be connected in this battle plan. This connection will allow better communication between organizations for prevention, as well as statistical reporting to refine the plan of attack against the PLAGUE. This connection will also allow for no quarter for the PLAGUE to hide.

Much more could be said about the goings on inside this exciting group’s two-hour planning session, but the main takeaway was a well of hope has sprung up in Winchester and the PLAGUE is under attack.

Ken Metcalf is a transplant to Winchester of 9 years and has been working with the addicted for over 10 years.

He can be reached at  theplaguewinchester@gmail.com.

Another Beer Cheese Festival is in the books and, although the final numbers aren’t in, it is hard to see... read more