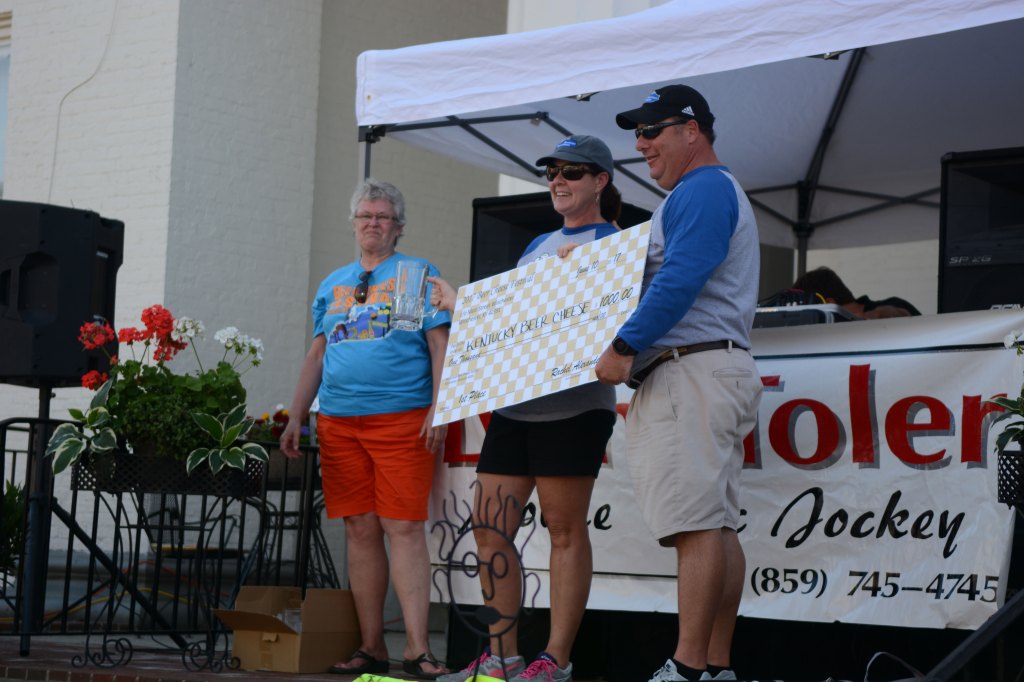 Out of 11 professionals in the competition, a Nicholasville-based beer cheese maker claimed top honors at Saturday’s Beer Cheese Festival.

Kentucky Beer Cheese took home first place in the pro-division, as chosen by a panel of culinary judges.

Winchester’s own River Rat Beer Cheese was crowned People’s Choice by the hordes of hungry beer cheese lovers who taste-tested and voted for their favorite cheese at the festival; and Ben Goff took home first place in the amateur division.

The Beer Cheese Festival is the only street festival in the world dedicated to spreading the love of beer cheese and will be celebrating its 10th year in 2018.

This is the second first-place win for Kentucky Beer Cheese in the festival’s history. Kentucky Beer Cheese, made in Nicholasville, is a tradition 25 years in the making. The company claims “the original beer cheese recipe” as a starting point for developing their award-winning recipe, which employs a “twist on the tradition for a unique flavor profile.” They brought home the first-place price in 2011 and claimed first runner-up in 2013.

This is the first People’s Choice Award win for River Rat Beer Cheese, which is produced on Main Street in downtown Winchester. River Rat was also awarded second place in the judged portion of the competition this year. It is their third second-place win in as many years. River Rat has competed in the Beer Cheese Festival professional division every year since the festival began.

Out of nearly 40 entries in the amateur division, Ben Goff won both first and third place with his “Top Shelf” sharp and smoked recipes, respectively. Quaintance Clark earned second place with her “Q’s Triple B Beer Cheese” recipe.

The Beer Cheese Festival, which celebrates the popular spicy, salty cheese spread invented in Clark County, attracted record crowds this year. It is a fundraiser for Main Street Winchester, which reinvests the proceeds in beautiful, historic downtown Winchester.