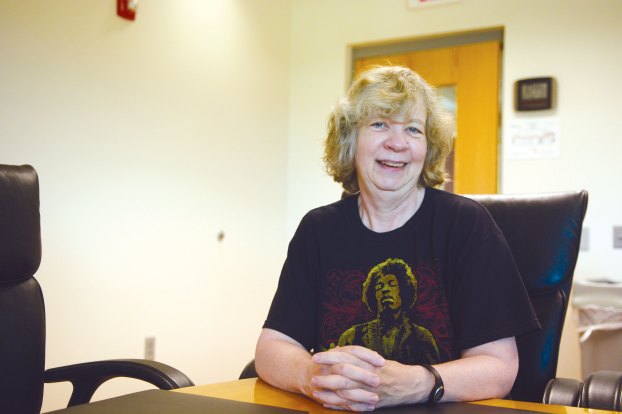 BCTC professor returns to education with ‘no regrets’

After years of working as a librarian at Eastern Kentucky University and East Carolina University, Margaret Foote decided to return to the two things she has always enjoyed most: teaching students and studying music.

While she enjoyed being a librarian, Foote said she had originally gone to school to become a teacher, and years later, that was still her goal.

“I eventually left library work because I finally determined it was time to return to music, and have had no regrets,” Foote said. “EKU’s library is a good place to work, but after some years there as well as a number of years at East Carolina University’s library in eastern N.C., it was time to do something different.”

As an adjunct professor at Bluegrass Technical and Community College, Foote has taught humanities students about the impact rock and roll has had on society since 1950 for the past two years.

“The whole class helps to understand why we are where we are in the modern world,” Foote said. “It helps us understand society and people.”

One of the biggest changes since Foote’s transfer from being a librarian to being a teacher is the regular work she does with her students. She said that when she was a librarian, she would teach students about the resources available to them or give presentations to students and faculty. However, the classes did not give her regular time with students.

In addition to being fun Foote said studying music is important because has allowed people throughout the ages to express themselves and their feelings through sound. From an historic standpoint, music serves to show the attitudes of people who were living at the time it was created.

“For instance, Motown was an attempt at true integration in its time,” she said. “Also, in the late 1970s the British economy tanked, young people were frustrated and that’s how you got the Sex Pistols and the Clash. In the 1980s we began to see very high-quality production with video because of MTV.”

Foote said she has enjoyed a wide variety of music all her life, from the classical to the contemporary. Still, she says that working with students who are studying music has helped her to branch out even further, learning about some musicians she had previously not known.

She said that every student in her class has to give an oral presentation in addition to writing a paper. In their presentation, the students must discuss the impact a genre of music had on the time in which it was created.

When she isn’t teaching at BCTC, Foote often teaches piano to students in Madison County. She is also a music director at her church.

The following third graders were recognized by Winchester Kiwanis Club and Partners in Education for the Bringing Up Grades program.... read more