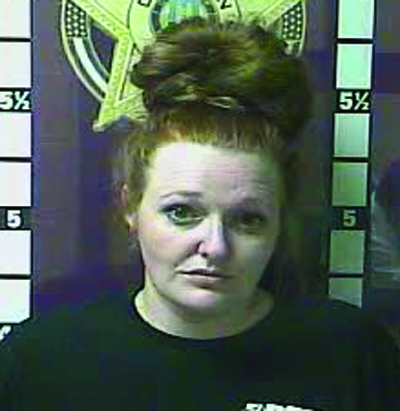 The former pretrial officer who had an ongoing sexual relationship with a state prisoner will be going to prison after all.

Probation officers testified that Kelley tested positive for methamphetamine three times, including one day prior to her arrest by Richmond Police for possession of heroin and meth following a theft complaint.

During her revocation hearing in Clark Circuit Court Wednesday, Kelley admitted to having a drug problem.

“I spent nine days in jail, nine days with nothing… no TV, no phone. Because I used to work in the system, it will not be an easy road for me.”

After pleading for a way to stay out of prison, special judge Michael Dean said Wednesday he had no choice but to revoke her probation and sentence her to serve three years. He also ordered that she complete a substance abuse treatment program while incarcerated.

“While you want to be out, I don’t think it’s doing you any favors as a drug addict.”

Probation officer Katie Bingham testified that Kelley failed drug tests on April 27, June 1 and June 6. Kelley was arrested by Richmond Police following a shoplifting complaint at Walmart on June 7. She was charged with possession of drug paraphernalia and two counts of possession of a controlled substance. Those charges are pending in Madison County.

After Kelley’s arrest, she was dropped from the drug treatment program at Comp Care, Bingham said, which exhausted the Department of Corrections’ options for treatment.

Kelley and state inmate James Bussell were arrested in August 2016 following an investigation by the Clark County Detention Center and Winchester Police. Kelley was a pretrial officer for the Administrative Office of the Courts whose duties included interviewing prisoners and providing that information to judges.

At the time, Bussell was serving a state sentence from another county in the Clark County Detention Center. While he was on work release for the parks and recreation department, the supervisor would drop Bussell at a residence on Ashland Avenue to meet Kelley. Police said this happened on multiple occasions.

Bussell pleaded guilty to second-degree escape and was sentenced to four years in prison.

The owner of the residence, former county maintenance worker David Lovings, pleaded guilty to complicity to second-degree escape and was sentenced to two years probation.