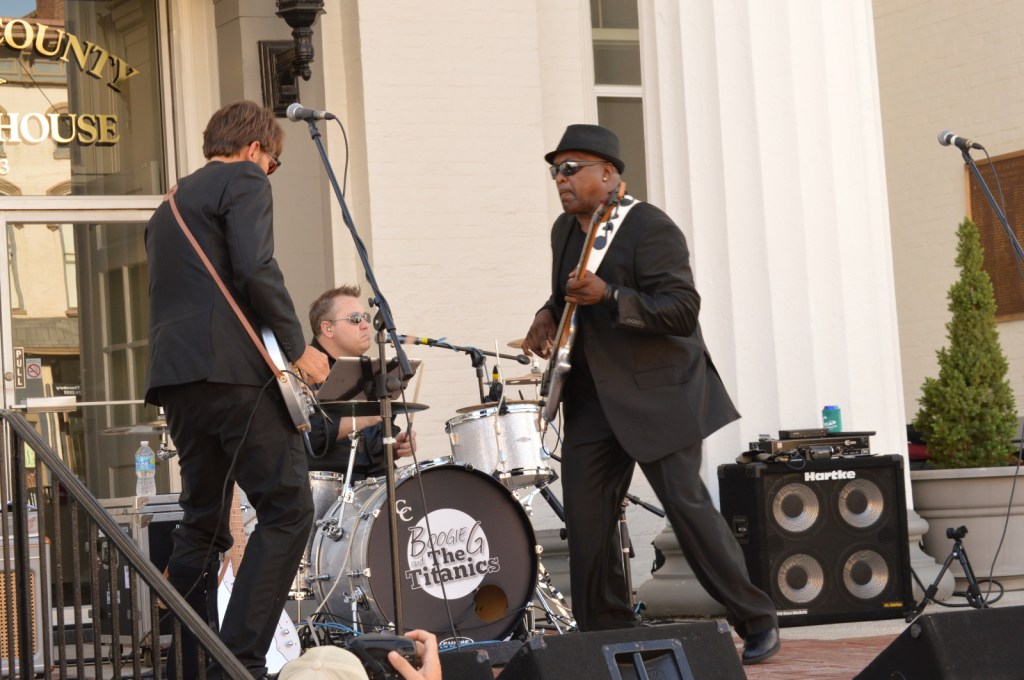 Boogie G and the Titanics perform during the 2016 Rock the Block concert series in downtown Winchester. (Photo submitted)

Tonight there will be plenty of soul in downtown Winchester.

The second event in the annual Rock the Block concert series kicks off at 7 p.m. with Boogie G and The Titanics. The Lexington-based trio of George Burdette on bass and vocals, Steve Lewis on vocals and drums, and Dan Trisko on guitar and vocals will play in front of the Clark County Courthouse.

Main Street will be closed and the audience is welcome to bring their own chairs or blankets for the free concert.

Though people are welcome to bring their own food, Go Go Burger’s food truck and Bella Ice will be on the courthouse square as well as a Giant Jenga game.

The event is rain or shine.

Prime Cut is scheduled to perform in July.