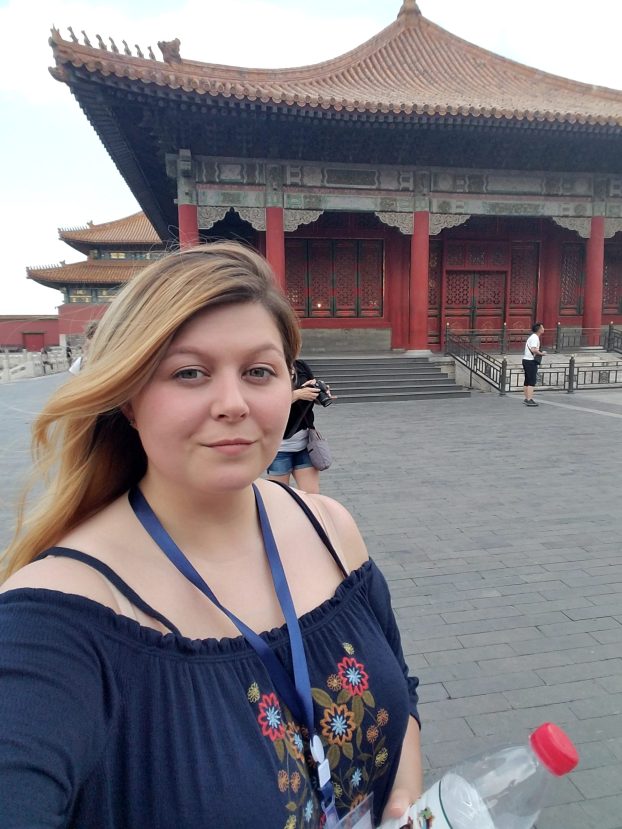 Bluegrass Community and Technical College student Krystal King had an opportunity to examine medical education in a different culture during an educational trip to China in late May and early June.

She went as part of the International Scholarly Laureate Program, an opportunity she received through Phi Theta Kappa, an honor society for community colleges and associate degrees.

King said she spent 11 days in China, arriving in Beijing and traveling to Xian and Shanghai.

Along the way, she was able to take in several tourist sights like the Great Wall, Forbidden City and Summer Palace, as well as several markets.

But for King, the most interesting part of the trip was meeting and interacting with new people.

“During the medical lessons we interacted with various people in the cities and hospitals, especially children,” King said. “We focused on traditional medicine.”

King said the most eye-opening experience of her trip was seeing the way people in China approach medicine and medical decisions. She described the Chinese approach as more holistic.

“There are other ways to go about helping yourself other than just putting chemicals in your body,” she said.

The experience has been enough to get King, a business and psychology major, thinking about a different career path.

“I was going to go into clinical psychology,” King said. “Now I’m not so sure. I’m leaning more toward a medical profession.”

In fact, King said she would love the opportunity to return to China after graduation to work there professionally.

She said she also has been more motivated to travel and help others, and she is exploring possible opportunities to take mission trips with a professor.

King is taking part in the Blue+ program, making her a student at both BCTC and the University of Kentucky simultaneously. She said that once she completes her associates degree at BCTC she will become a full-time student at UK to finish her college career.

About a dozen children visited the Clark County Public Library Saturday to let their creativity flow during the messy artist’s... read more