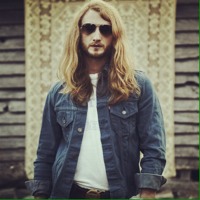 The Engine House Deli + Pub will get some assistance in its ongoing efforts to renovate its historic building from Leeds Center for the Arts.

Owner Steve Atkins said the business has received several donations for the project to correct structural problems in the building, but many expenses still remain.

“The donations we’ve received — and there have been many — have been wonderful,” Atkins said. “But it hasn’t gotten us where we need to be.”

Emily Durbin, an Engine House employee, said the lineup for the concert came from a friend of hers who put her in touch with Bentley.

“He agreed to play and everything, so it will be really cool,” Durbin said. Atkins said Beggars and Choosers has played at the deli before and been well received.

Tickets are $18 each, with a portion of the profits going to support the Engine House project, other donations will also be accepted, he said.

Atkins said he is aware of some of the questions that have been raised about the Engine House’s ongoing fundraising, but said the project is about more than just saving a business and the building it is in.

He added that the Engine House has always helped support several community organizations, and it will continue to do so in the future.

“When we do get back open, it’s going to be more important that we do our part and help raise funds for those organizations. That’s something that, here in a time like this, you start to realize.”

Atkins said the work on the Engine House has been slow-going, renovations are being done piecemeal as money comes in.

Atkins plans to use a personal loan to buy the building with some construction money on top. However, that doesn’t help the business to pay for its ongoing monthly expenses in the short term. So far, $5,600 has been raised via a Gofundme page, “Save the Engine House Deli +Pub.”

Atkins said the support has been wonderful and much appreciated. He said he has learned a lot from the deli’s struggle and has a new appreciation for the community.

#TeamHunter: Friends of Campbell student collecting donations to help in fight with Leukemia

Members of the Winchester-Clark County community are coming together to support a Campbell Jr. High School student recently diagnosed with... read more