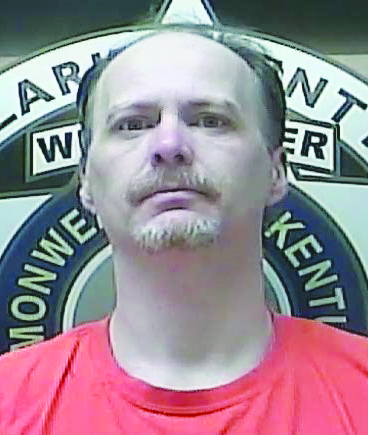 A Winchester man will likely serve five years in prison after pleading guilty Thursday to stabbing a man.

James Scott Ball, 40, of 149 Winn Ave., was indicted on several charges following an incident outside his apartment Aug. 26, 2016.

According to Winchester Police, officers were called to the scene shortly after midnight and found John Johnson with multiple stab wounds near Pendleton Street and Winn Avenue. Johnson told officers “Scott” had cut him and officers followed the blood trail to Ball’s apartment.

Thursday, Ball pleaded guilty in Clark Circuit Court to assault under extreme emotional distress, tampering with physical evidence and two counts of first-degree trafficking in a controlled substance. The plea agreement calls for Ball to serve five years for assault and one year on each of the other charges, which will all run concurrently.

Ball was originally indicted for second-degree assault, but the charge was amended as part of the plea agreement.

His sentencing was scheduled for Aug. 10 before Clark Circuit Judge William Clouse.

Ball previously pleaded guilty to a misdemeanor offenses from the same night. When officers went to the Balls’ apartment, they found an Ohio man being held against his will in a bedroom of the apartment. The victim, Frank Dunlap, said he had been held there for several hours while the Ball and his wife Elizabeth assaulted and threatened to kill him.

James Ball pleaded guilty to second-degree unlawful imprisonment in Clark District Court and was ordered to serve 90 days of a 360-day sentence in jail. The balance was conditionally discharged.

Elizabeth Ball pleaded guilty to complicity and was sentenced to 219 days, 99 of which she served in the Clark County Jail. The rest of the sentence was conditionally discharged.