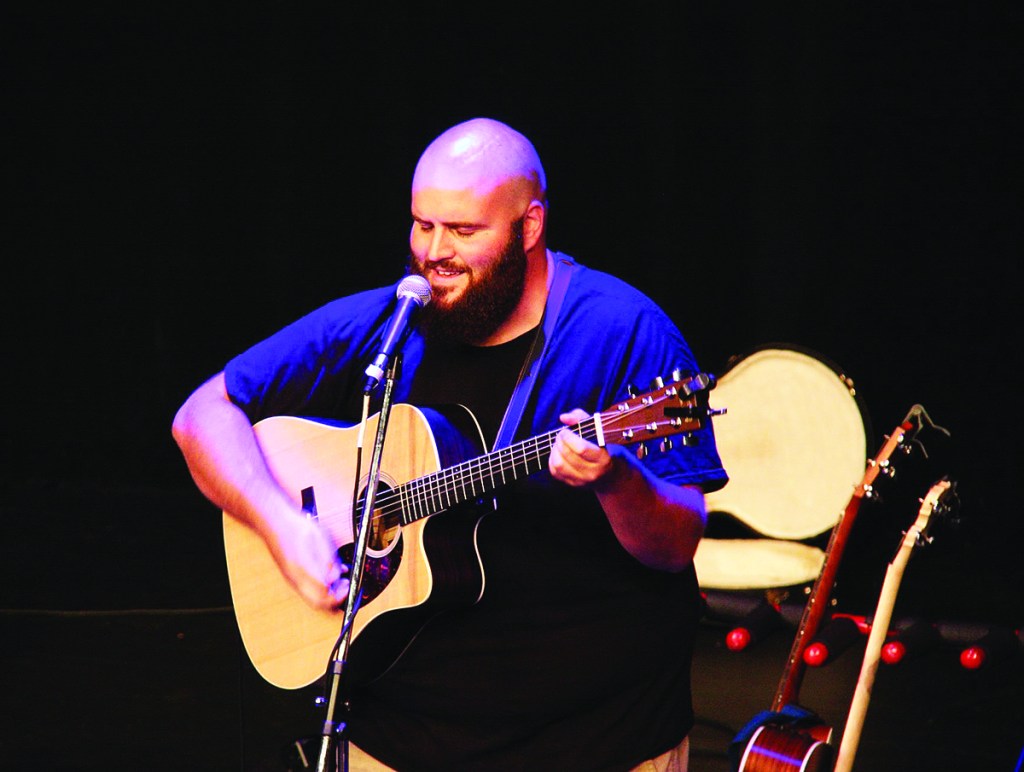 Mason McCord of Winchester-based Beggars and Choosers performs during a benefit concert at Leeds Saturday night. (Photo by Nathan Smith)

Fresh off the heels of its own major rehabilitation, Leeds Center for the Arts helped raised more than $1,000 for a downtown eatery undergoing extension renovations.

The concert, hosted by Leeds Center for the Arts, was headlined by Kris Bentley, half of Kentucky-based duo Sundy Best. Local band Beggars and Choosers was also featured.

Engine House employee Emily Durbin, who helped organize the concert, said about $1,200 will be give to the restaurant from the event.

While Engine House owner Steve Atkins intends to purchase the building, located on Lexington Avenue in downtown Winchester, the money raised at the concert will go toward renovations and to keep employees during the closure.