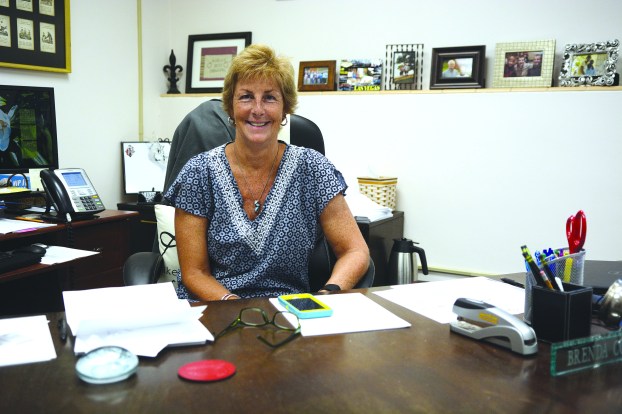 Climbing the ladder: Educator notes changes in schools as she transitioned from teacher to administrator

In her 30 years working in Clark County, Brenda Considine has seen many changes.

Considine, now the chief academic officer for the district, started working for Clark County Public Schools in 1987 as a second-grade teacher at Providence Elementary School.

Considine said she has made many connections over the years with former students, and she still interacts with them today.

“I was walking in my neighborhood the other night and a car kind of slowly went by me and then turned around and came back. It was a gentleman and I didn’t recognize him, but across from him was his wife and she asked if I was a teacher. She said ‘you were my teacher Ms. Williams.’”

After teaching for 15 years, Considine was promoted to principal of the school, a title she held for another decade before moving to Central Office.

Now Considine plays a major role in the creation of the district’s curriculum and its implementation at each School.

She said she sees herself as a support system focused on curriculum, structure and providing resources and support to the individual schools.

“I’ve seen a lot of transition in my career,” she said. “I went from a classroom that did not have any air conditioning to ceiling fans, to window units to finally HVAC.”

The changes each brought relief to one problem while sometimes creating a new one. She recalled how the large ceiling fans in her classroom would pull students’ papers off their desks and send them flying across the room, and the window unit that was installed was so loud it had to be turned off when she was teaching so the students could hear her.

“You were very creative in how you did things,” Considine said. “In the afternoon, you tried to do high interest stuff because it was so warm. You always did reading and math in the morning because you needed that optimum temperature.

Considine also said that teaching itself was different then as there were fewer specific standards to teach to, so teachers were able to instruct based on what their students wanted to learn. She sees some of those practices beginning to return, she said, with renewed emphasis being placed on arts and humanities and other high-interest subjects.

Considine’s role in the district allows her to help encourage what she refers to as “teaching the whole student” rather than just pushing for the benchmarks the state requires.

She also works to help remove obstacles that hamper learning, but she said she does miss being in her own classroom.

“Above all, I miss the students and the classroom,” Considine said. “I would love to go back and  be a teacher again, but that’s hard to do from my role right now. What’s important is seeing the children at the beginning  of the year, and watching them grow and become independent by the year’s end.”

She said some barriers students face include the ability to get to school ready to learn throughout the school year, leading to teachers often having to help them catch up. She also tries to work on ways to make school fun for students from elementary school through high school.