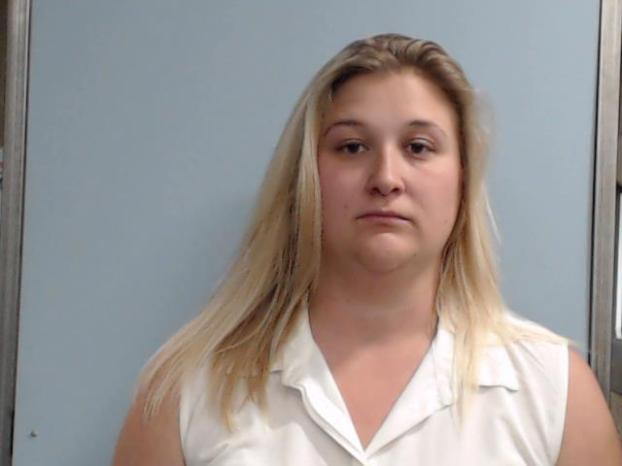 A Winchester native and director of a new political action committee was arrested Monday in Lexington and charged with theft by deception and forgery.

According to the Fayette County Jail website, Wise is also charged with possession of stolen records, possession of marijuana, receiving stolen property under $500, theft of labor and theft of services.

Wise tried to pass a forged check in the amount of $15,000 and “created a false impression as to the validity of funds in various checking accounts in order to deprive and deceive,” according to a police citation filed in Fayette District Court. She also is accused of using “funds from an account for her personal benefit, resulting in a loss of $6,000 to the financial institution” the account was drawn on. And she “unlawfully completed a commercial instrument without the owners (sic) consent, intending to deprive,” the citation states.

Wise, a 2010 George Rogers Clark High School graduate, is one of the founders and director of Back the Bluegrass, a PAC aimed at recruiting millennial democrats to run for office. The PAC launched in May and announced its board of directors earlier this month. Wise previously worked on Lexington Mayor Jim Gray’s 2016 senate campaign.

Wise was also charged in December with theft by deception after she wrote a cold check for $6,654 to Alex Auto Sales, according to Fayette District Court records. She pleaded guilty to an amended charge of misdemeanor theft by deception in March.

Wise pleaded not guilty at her arraignment Tuesday. She was being held in the Fayette County Detention Center on a $4,000 bond as of Wednesday evening is scheduled to appear in court again at 8:30 a.m. August 4.

No task too big, small for Conkwright parent volunteer

Jess Toews insists she doesn’t do anything special by volunteering at Conkwright Elementary School. She just shows up every day.... read more