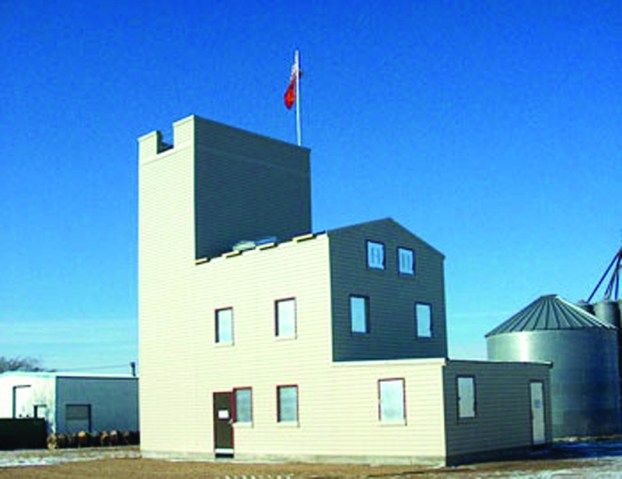 This training tower is similar to one which will be built for Winchester Fire-EMS. Fire department officials hope construction will be complete by February 2018. (Photo submitted)

A unanimous vote to hire a Louisiana-based contractor to construct a training tower for Winchester Fire-EMS clears the way for project to begin.

Tuesday evening, the Winchester Board of Commissioners accepted the $489,000 bid from J. Reed Constructors of Baton Rouge, though it was not the low bid. The only other bidder, WHP Training Towers of Overland Park, Kansas, listed six pages of exceptions and did not meet the department’s specifications, WFD Battalion Chief Jason Keller told the commissioners. Bringing WHP’s $417,988 bid up to spec would be a comparable to J. Reed’s, he said.

Wednesday morning, Keller said he hopes the manufacturer can make a December delivery window, which would allow construction to be finished by February 2018.

“We designed this tower around the city,” Keller said.

The three-story residential section emulates downtown buildings, he said. It features a stand pipe, which is in Beverly White Towers, to aid fighting fires there. There will be an exterior cage ladder, similar to those used in industrial settings, he said. The tower will also allow for rope rescue and rappelling.

The city included $575,000 in the fiscal year 2018 budget to completely fund construction of a new tower. when construction begins later this year, it will occupy the same site at the previous tower, which was demolished in 2014.

The department has applied for up to $150,000 from the Kentucky Fire Commission and is scheduled to make a presentation to that body Aug. 16, Winchester Fire-EMS Chief Cathy Rigney said Tuesday. Any grant funds awarded by the Fire Commission would offset the city’s expense, Keller said.

“It’s going to be so different and better than the tower we had before,” Rigney said.

Keller said the department still needs to bid the site preparation and foundation work, and may have to bid work to move fire hydrants on the site. Still, everything should fall within the city’s budget, he said.

The city commissioners also voted Tuesday to accept a grant from the Federal Emergency Management Agency to increase staffing within Winchester Fire-EMS. The $359,018 grant will cover a portion of the salaries for three new firefighters for a period of three years. For the first two years, the grant will cover 75 percent of the three firefighters’ salaries and benefits. In the third year, it drops to 35 percent. The city also agreed not to lay off the three firefighters during the term of the grant.

Rigney said she wanted to accept applications through the end of October and make job offers in January 2018. Training could begin the following month to coincide with completion of the training tower.

Planet Fitness to open on Bypass in September

The Planet Fitness location on Bypass Road next to Rural King is now accepting pre-registration for memberships and is expected... read more