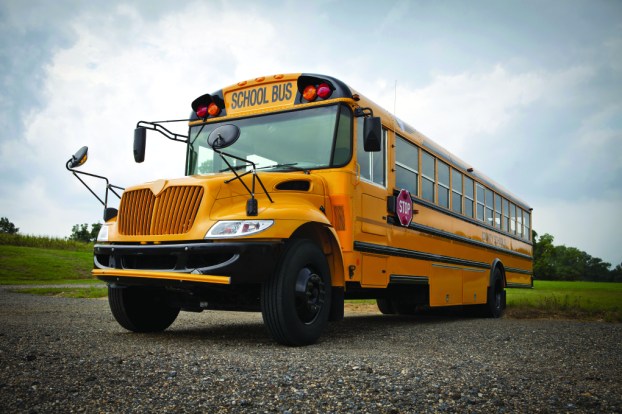 After several failed motions during a larger discussion Tuesday night about whether or not to give an across-the-board raise to Clark County Public Schools employees, the Clark County Board of Education voted to raise starting pay for district bus drivers to $14 per hour.

The increase had been suggested by Superintendent Paul Christy as an incentive to recruit and retain drivers for the district. Discussion on the issue has been ongoing for several years as the district has faced driver shortages.

The pay increase affects drivers for the first four years of their employment, at which point they will fall back into line on the existing step raise structure the district has adopted.

According to Director of Operations Donald Stump, the starting pay for bus drivers was $12.74 an hour.

Board Member Gordon Parido had voiced support for a 2 percent across-the-board raise in addition to raising the pay of bus drivers and other classified staff.

However, Parido lacked support from a majority of the board members to enact the change, with Board Chair Michael Kuduk  stating he did not believe the district had the certainty to sustain the increase, which would add to the district’s recurring payroll expenses each year.

“I just don’t think we can sustain 2 percent,” Kuduk said. “If someone wants to propose something lower I might entertain that.”

Board member Scott Hisle said he did not think the district needed to increase salaries this year because the existing salaries are already competitive with surrounding counties, barring Fayette County.

Board member Judy Hicks was opposed to all salary increases, stating that the board already voted unanimously on updating the district’s salary schedules in May, and discussion about changing salaries now seems to contradict the changes agreed upon by everyone in that meeting.

Parido disagreed, saying the risk to the district is minimal when factoring in the money in the reserve fund.

“We could be 100 percent wrong on this raise and pay for it out of contingency for over 20 years,” Parido said.

Hisle then proposed increasing bus driver pay only, which was supported by Kuduk and board member Ashley Ritchie.

Parido then proposed a 1 percent increase, which also failed to get enough support.

A unanimous vote to hire a Louisiana-based contractor to construct a training tower for Winchester Fire-EMS clears the way for... read more