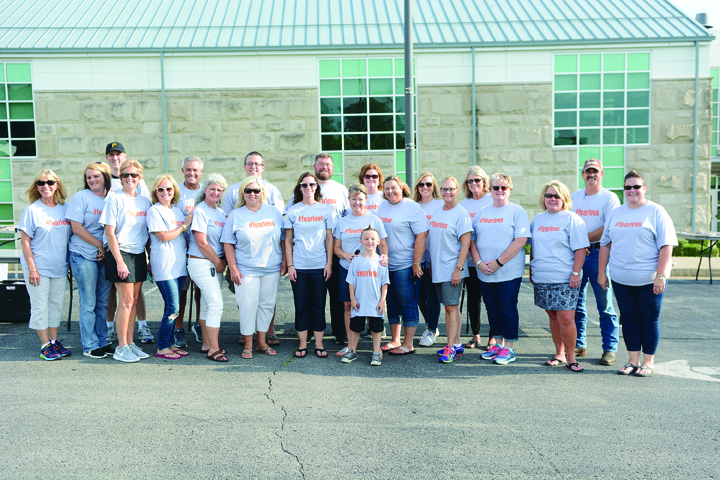 Members of the community are banding together to host a car show next Saturday in an effort to help cover medical costs for two local children with leukemia.

Robert D. Campbell Jr. High School student Hunter Cooper and toddler Liam Warren have both been diagnosed with Acute Lymphoblastic Leukemia. David Weistroffer, a friend of Cooper’s family, said that as of his latest check on the boys both are reported to be in remission, but both will still need several years of treatment before being declared cancer-free.

Weistroffer, who has been helping to organize community support for him, said work began planning the car show about three weeks ago.

“We caught wind of Liam and decided to support him as well,” Weistroffer said. “Hunter is glad the show isn’t just about him, and he’s hoping that through this he can help someone else as well.”

The car show will last from 9 a.m. to 3 p.m. Saturday in the parking lot of RDC, Weistroffer said. There will be 14 different classes for car owners to compete in, and registration for a vehicle is $20.

Admission is free to the public, and there will be food and raffle opportunities for sale.

All proceeds will be split evenly to assist in paying expenses for Cooper and Warren.

Weistroffer said the community members have contacted several car show organizations to ask for support at the show, including the Remember When Cruisers.

He said the group is expecting more than 100 cars to take part.

Cooper and Warren are both hoping to make an appearance at the show and take part in the judging, he said.

To give or not to give? Agencies encourage donations…