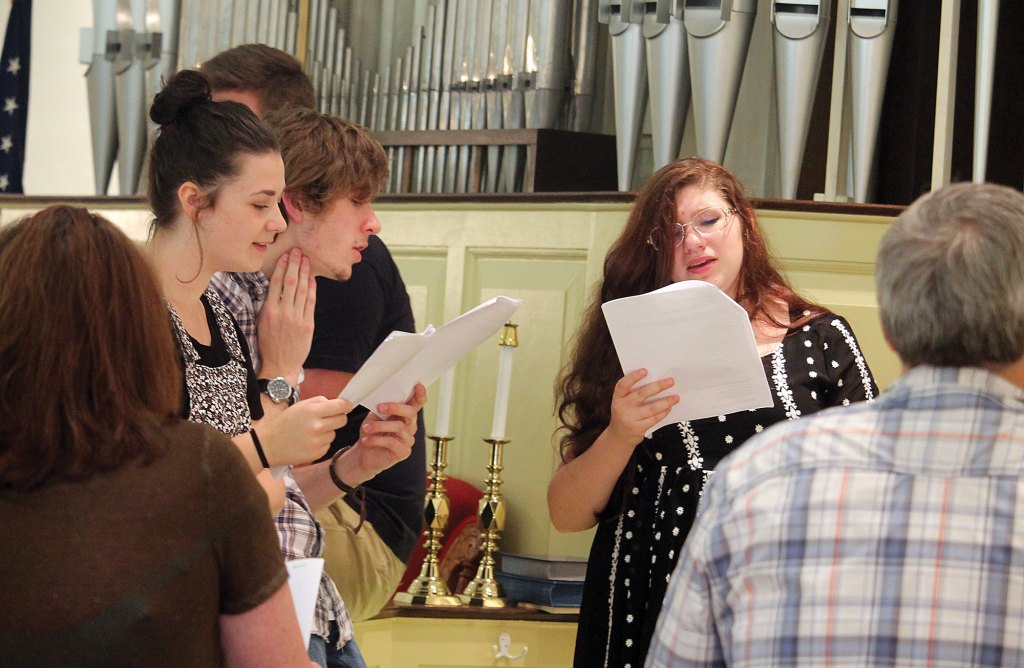 According to Shawn Stinson, music not only has a place in therapy, it is a form of therapy in itself.

Stinson and long-time friend Kyri Demby will strive to bring some of that musical therapy to Clark County during a benefit concert Saturday night hosted by First Presbyterian Church.

Stinson, an associate pastor and minister of music at Second Baptist Church in Fairfield and a therapist at Mary Hurst in Louisville, has been incorporating music in his therapy sessions for some time.

“Music has a way of touching people’s heart and soul in a way other modes of communication can’t,” Stinson said. “Music expresses the emotions people feel that they can’t find the words to express.”

The pair’s connection with First Presbyterian pastor the Rev. Ryan Bradney brought them to Winchester earlier this year, and they have since visited other churches in the area delivering their message.

“I went to seminary with Shawn and I met Kyri through him,” Bradney said. “My wife and I first saw them do musical therapy in concert in Bardstown on our anniversary a couple years ago. I was asked if they would be willing to bring that to Winchester as well.”

The concert will include various gospel, jazz and soul songs with the intent of uplifting the audience building unity among neighbors, Bradney said.

“There is so much discourse, not just in Clark County, but especially in the world,” Bradney said.

He hopes this concert will offer a break from that through the power of music, while also supporting local causes.

Admission to the concert is free, but a love offering will be accepted to benefit Clark County Community Services, Clark County Homeless Coalition and Habitat for Humanity of Madison and Clark Counties.

Along with Stinson and Kyri, various local performers will be featured during the concert. The concert will be at 7 p.m. Saturday at First Presbyterian Church on Windridge Drive.