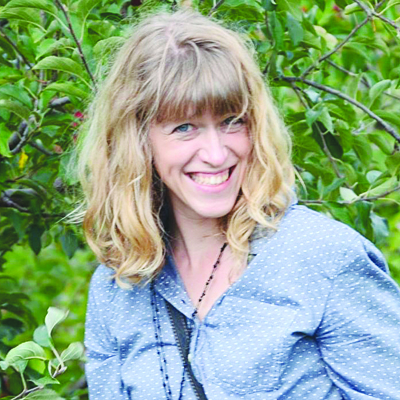 For the last seven years, a volunteer organization has collecting fresh produce in central Kentucky and distributing it to those who can’t get them on their own.

Saturday morning, GleanKY had its first gleaning in Clark County as the organization expands into four more counties this year.

“At this point, it’s been an organic process of growth,” Dupree said. “This year, we got some additional funding so we could have some intentional growth.”

The organization works with farms, farmers’ markets and grocery stores to collect extra produce, whether straight from the field or from store shelves, to give to other non-profit organizations to fight food insecurity in the region.

Gleaning is defined as gathering the leftovers following a harvest. GleanKY does that literally by partnering with growers, and figuratively by working with grocers who are overstocked with edible produce they can’t sell before it goes bad.

According to GleanKY, the group collected its one millionth pound of fresh product in August 2016. In 2016 alone, the organization gleaned more than 293,000 pounds of produce among Fayette, Scott, Franklin and Madison counties from a total of 37 sources. The food was then distributed among 85 partner recipient sites, according to GleanKY’s annual report.

Saturday morning, a handful of volunteers met on Depot Street to glean from the Winchester-Clark County Farmers’ Market as its first event in Clark County.

“This is our first step,” Dupree said. “We want to get things off the ground.”

Other than three full-time employees, the organization relies on volunteers to make the glean, gather and deliver.

At farms, Dupree said they will glean what they can, depending on volunteers and the size of the farm.

“When we go to a farm, we usually say we’ll stay for two hours and we’ll do what we can,” she said. “If we’re not able to glean everything, we can try to set up a date to come back and get the rest.”

Because GleanKY has no storage facilities of its own and the produce is fresh, the goal is to deliver the produce to recipient organizations within 24 hours, she said.

To that end, Dupree said they will have a recipient lined up before volunteers go to glean, depending on needs and type of produce available.

Right now, Dupree said GleanKY needs everything, volunteers, producer or grocery sites and recipient organizations to help get the organization working in Clark County and in other counties.

“Everything we do is on volunteer power,” she said.

For more information about GleanKY or to register to volunteer, visit www.gleanky.org.