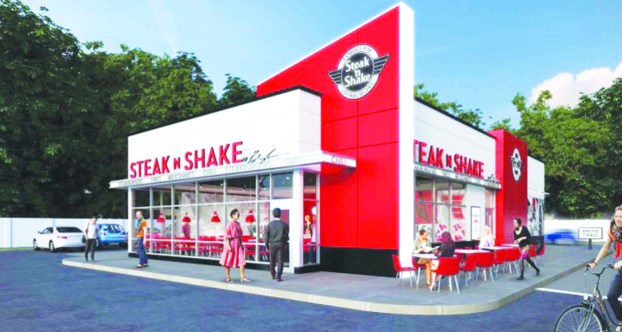 Architectural plans have been approved for a Steak N’ Shake on West Lexington Avenue.

According to Ryan Dotson, franchise owner of the Winchester location and the Mount Sterling Steak N’ Shake, Winchester is the second of three restaurants he will oversee.

“When I first got involved I wanted to bring a Steak N’ Shake to Winchester,” Dotson said. “They wouldn’t allow that because it would be too close to the Hamburg location.”

However, Steak N’ Shake later offered Dotson a three restaurant contract. If he built the first in Mount Sterling, the second would be in Winchester with a third planned for Morehead.

Dotson said the site for the new restaurant, located next to O’Reilly Auto Parts and across from Ron Hatfield Chrysler Dodge Jeep’s used car lot, has been cleared and is ready for construction.

“I’m hoping to start construction in the first or second week of September,” Dotson said.

If construction goes according to plan, the restaurant will be able to open to the public in early 2018, Dotson said.

When completed, the restaurant will be able to seat about 84 people, Dotson said.

He added he will hire an all new staff for the restaurant. Toward the end of the construction phase he hopes to establish an office in Winchester to recruit new employees.

A Winchester business has been shut down after operating without a business license. According to Winchester Licensing Board chair Roy... read more