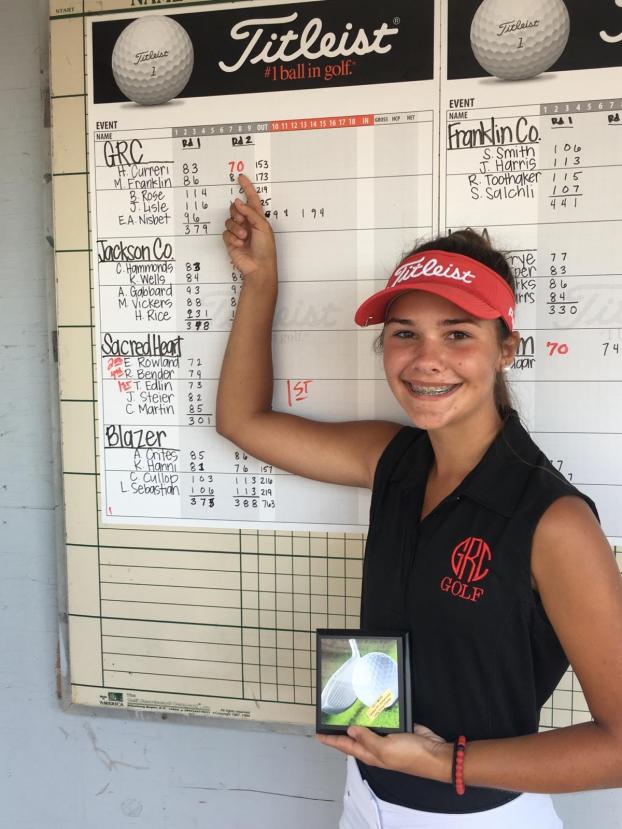 In an strong, early start to the 2017 season, Hannah Curreri shot a two-under-par 70 during the second day of the two-day Madison Central High School girl’s golf invitational in Richmond Sunday.

The effort tied her for first-place for Sunday’s action at Boone’s Trace National Golf Club. Curreri shot an 83 on the first day.

It was her third time on the course Sunday. She had previously shot a 77 on July 5 during the PGA Kentucky Junior Tour.

Football Cardinals shut out in scrimmage at Douglass