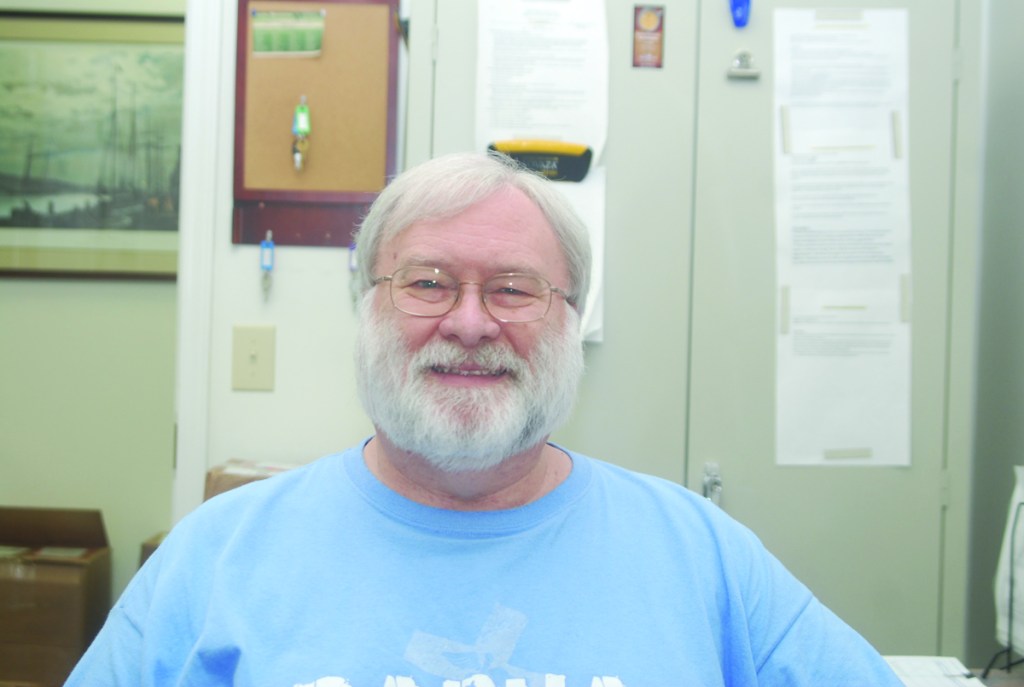 An early forced retirement opened the door for a way for Wayne McNiel to serve the community.

McNiel, a Texas native and long-time Winchester resident, had worked for IBM for 35 years as a project manager when company changes ended his job.

About four and a half years ago, McNiel started volunteering at Rapha Ministries, a Christian medical program that provides medical care to those without insurance.

“I wanted to do something for the community,” he said. “I applied at two organizations and Rapha called. I interviewed with (co-founder) Stacy Baker and they hired me.”

His professional background ties right in with his duties in running the office.

“Administration is my principal gift, so this fits very well,” he said.

In his years with Rapha, changes on the national health care scene greatly affected what the ministry did in Winchester. Initially, Rapha was open three days a week, he said. Currently, the office is open for four hours on Mondays with a physical assistant and one Thursday a month with a doctor.

“After the Affordable Care Act passed, a lot of our patients qualified for Medicare,” he said. “We don’t take anyone with insurance. We have patients who can’t afford the deductibles and co-pays.”

Recently, McNiel said Rapha has been focusing more on the Hispanic and migrant communities in Clark County.

“We’re building back up,” he said. The same qualifications remain: they must be Clark County residents without medical insurance. Migrant services has helped, he said, and several people in the community volunteer as translators as needed, he said.

The ministry aspect remains as well, he said, partly through two monthly “gatherings” centered around a meal and a devotion. One event is in English, the other in Spanish, he said.

Above all, Rahpa is a ministry, he said.

McNiel also get to see some of the successes through the patients, whether physical issues or spiritual meeds.

“It’s neat to meet th patients and know the ministry is helping them,” he said. “to be a liason between the patient and providers is a great thing.”