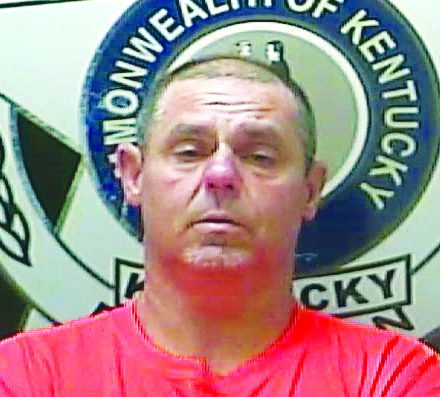 A Winchester man facing a felony assault charge will now wait to see what action the grand jury will take in his case.

The assault occurred after midnight July 30 near Church Alley in downtown Winchester. According to Campbell, Wooten said he was walking when Dearing yelled for him to come over. Dearing reportedly made comments about Wooten’s wife.

“He punched Dearing and they had a fight,” Campbell said. Once the fight ended, the other assault allegedly occurred.

“(Wooten) said when I got up, he started slicing me,” Campbell said.

Wooten was transported to Clark Regional Medical Center before being flown to the University of Kentucky Medical Center. Detectives said previously Wooten could easily have died from the knife wounds to his legs.

Campbell said Wooten has been released from the hospital but has more than 40 staples closing his wounds and is using a walker.

Another witness, deputy jailer Miranda Carman, told police she saw Dearing chasing two men up the alley with a knife.

Campbell said they have not located the other person.

In his interview with detectives, Dearing said there was an argument which led to a fight near Church Alley.

“He said two subjects came up and physically assaulted him,” Campbell said, before they left down the alley. “Mr Dearing said he followed them up the alley while callign 911 and looking for his girlfriend.”

At that point, Dearing said he was assaulted again. He admitted to having a knife and swinging it at the others, but didn’t know if he wounded anyone. Campbell said Dearing told police if he did injure anyone, “they deserved it,” Campbell said.

Following the hearing, Clark District Judge Earl-Ray Neal ruled there was probable cause for the charges and sent the case to the grand jury. Dearing remains in the Clark County Detention Center on a $10,000 cash bond.

The Winchester Board of Commissioners unanimously approved an emergency contract to repair a collapsed storm sewer line which left a... read more