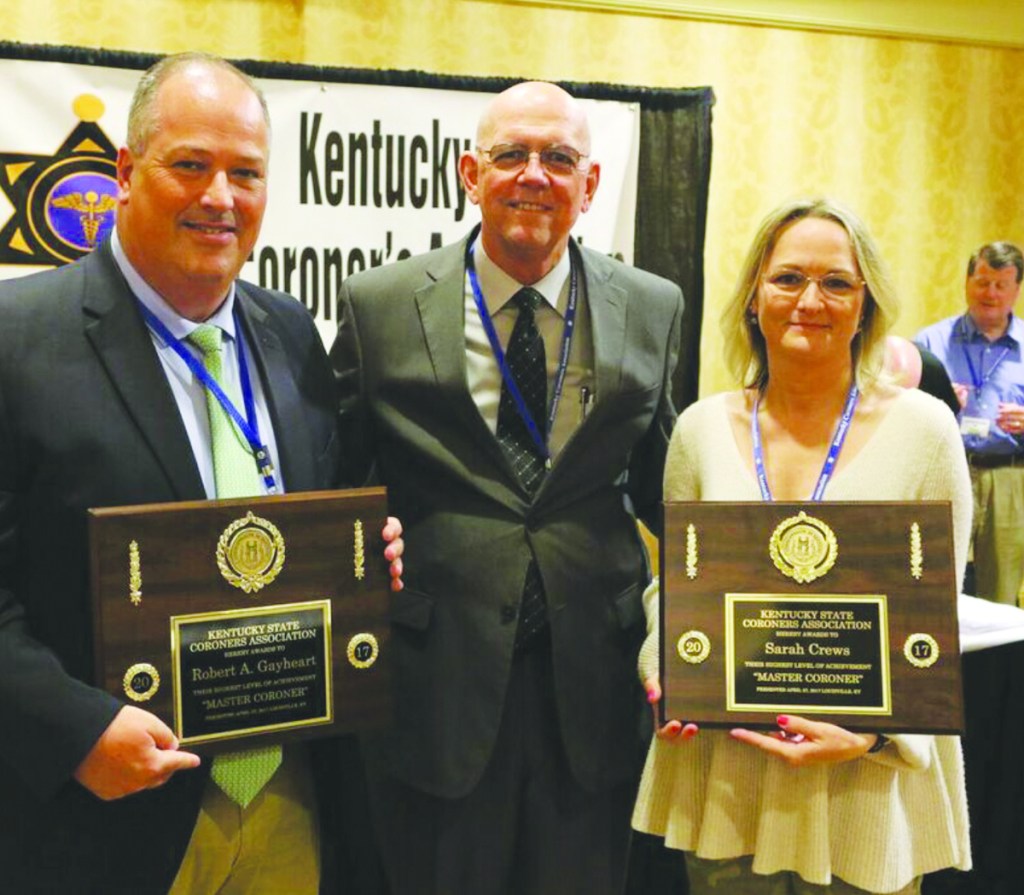 Clark County’s coroner and one of his deputies recently earned their master coroner certifications.

Coroner Robert Gayheart and Deputy Coroner Sarah Crews both earned the distinction from the Kentucky Coroners Association earlier this year.

To be a master coroner in Kentucky, there are standards for experience and caseloads to be met, he said.

While Crews easily surpassed both, Gayheart recently gained enough years of experience, between his nine years as Clark County coroner and his years working as a deputy coroner in Fayette County.

“It’s one of those achievements in our association not everyone achieves, because they don’t all stay the course,” he said.

Gayheart said the distinctions are the latest accomplishment for an office that has grown significantly since he was appointed in 2008.

“A lot of people don’t understand the duties of a coroner,” he said. “It’s more than picking up the deceased. It’s deciding when an autopsy is needed. It’s determining cause and manner of death. It’s notifying families.”

It’s also a job subject to calls at all hours and all conditions.

“We try to offer a service to the community,” he said. “When I think about my job, I think of it as a public service rather than politics. It’s a very important job.”

The coroner’s staff is completed by deputy coroner Katie Lisle, who joined about a year ago, he said.

Gayheart said his office averages about 130 calls a year, which can include calls from other counties as well as Clark Regional Medical Center.

“For me, this is a position of calling,” he said. “I believe this is the job I’m supposed to do for my community. I am proud of this office and what we’ve been able to accomplish.”