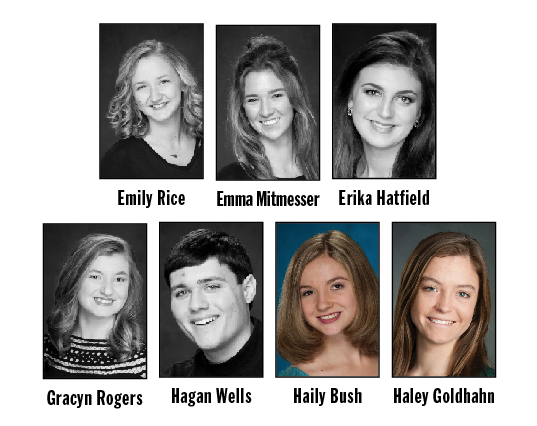 George Rogers Clark High School students were among those recognized by the annual Central Kentucky Youth Leadership Council’s “Youth Salute.” There were 46 students recognized from GRC.

Students were nominated by teachers, guidance counselors and principals for this year’s “Youth Salute.” In order to qualify, the student must be a junior (senior class of 2018), have a 3.0 GPA or better and have held at least two leadership roles for which they were chosen by their peers or an adult leader within the past two years in school, religious or community-sponsored organizations.

Several students from GRC will be featured weekly in The Sun.

More students will be included in the Aug. 29 edition of The Sun.