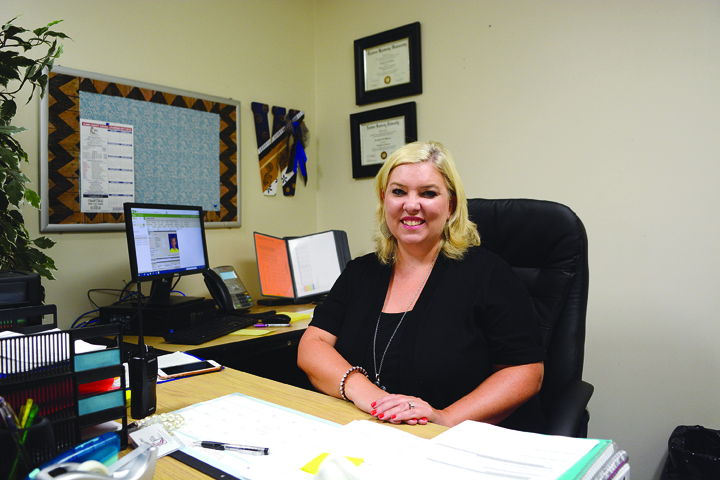 For Jill Whitaker, settling in as the new assistant principal at Baker Intermediate is the second part of a Kentucky homecoming that began a year ago.

Whitaker, a Madison County resident, said she grew up in the bluegrass state and began her teaching career of 18 years there, but then she and her family moved to Oklahoma for more than a decade. While there, Whitaker went from being a math and language arts teacher to an assistant principal an finally principal.

However, she said last year her husband took a job that enabled the family to return to her home state. She spent a year teaching for Berea Independent Schools before accepting the position at Baker.

Whitaker said the move was a big adjustment for the family, especially her three children.

“We were in Oklahoma for 12 years,” she said. “They’re just starting school again for the second year, and it’s been easier than last year.”

Whitaker said she was excited to be working at Baker because she enjoys interacting with middle school aged students.

“I like they’re personalities,” she said. “It can be a difficult, awkward stage to go through. Every day is different.”